Diana Damrau – one of the most remarkable opera singers of our time, will open the new season of the Sofia Philharmonic in early September. The star of the Metropolitan Opera will perform together with French bass Nicolas Testé, who is also her husband. Conductor is Bulgarian Pavel Balev, who has been working in Germany for years and is currently the chief conductor of the Baden-Baden Philharmonic. The roles performed by Diana Damrau are featured in the programs of the Metropolitan Opera, La Scala, Royal Opera House in London, the Bavarian State Opera, and the Salzburg Festival. Born and educated in Germany, she is a Kammersängerin at the Bavarian State Opera and received the Bavarian Maximilian Order for Science and Art (2010), as well as countless prestigious awards. Damrau is the first singer in the history of the Metropolitan Opera to perform both the roles of Pamina and the Queen of the Night in a performance of Mozart's The Magic Flute. She has starred in numerous Metropolitan broadcast around the world. At the beginning of 2020she was the star of the New Year's concerts of the Berlin Philharmonic under the baton of Kirill Petrenko.

The program of opera arias and duets, which audience will hear in Bulgaria Hall, is called "Royal Affairs - Kings & Queens of Opera”. In it Damrau and Testé perform music by Verdi, Rossini, Bellini, Donizetti and Tchaikovsky. This will be the premiere of the concert project, which will later be presented in Germany, Singapore and other countries. Another "royal collection" will be released in October–“Donizetti: Tudor Queens” is Diana Damrau's new solo album.

In an interview for Radio Bulgaria, she told us more about these projects, answered questions about her artistic preferences, and shared thoughts about the current situation and the future of opera art. This weekend (12 and 13 September) Rousse on the Danube is hosting a rock and metal marathon. 14 bands have confirmed their participation in Green Rock Festival, and will perform on the stage in Svoboda square in the city. Saint Electrics are.. 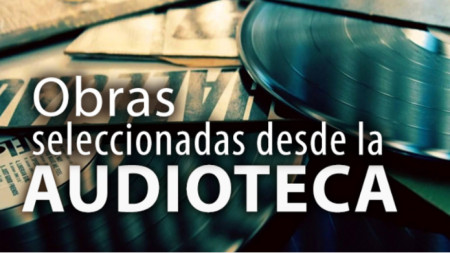 The Bulgarian National Radio will participate in a large international project for the creation of a digital Audio Library with classical music . 100 works from 100 world radio stations each will be collected in a common project. The idea came from.. The gala concert of the summer opera festival in Varna has traditionally become one of the most sought-after summer performances for Varna residents and guests of the city on the Bulgarian Black Sea coast. This year, conductor of the final performance is..