7 ways to spend a memorable weekend in and around Belogradchik 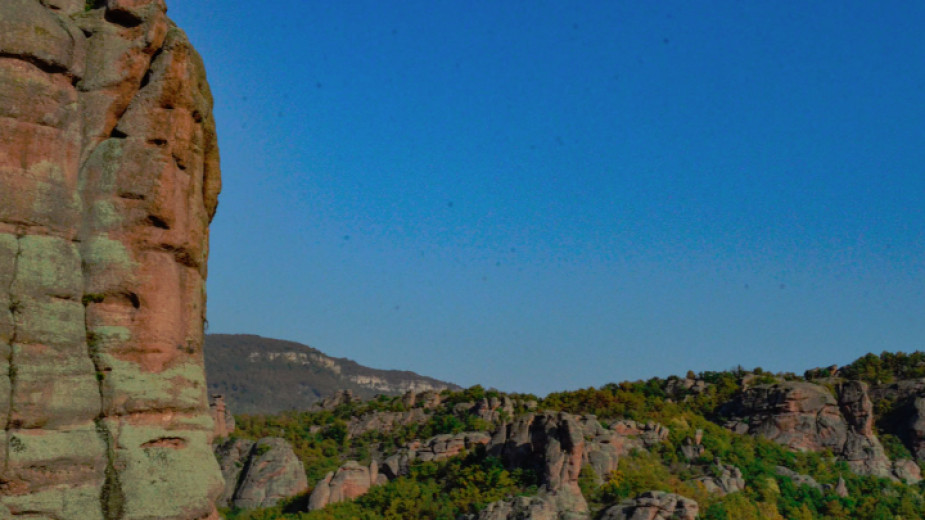 Belogradchik is a small town huddled in the folds of the Balkan Range in Northwestern Bulgaria, famed for its miracles of nature, and with plenty of opportunities for outdoor activities.

Take a look at our 7 ideas for a memorable weekend in this picturesque portion of Bulgaria’s Northwest:

1. Visiting the Belogradchik rocks and the old fortress – this is one of the most emblematic places in Bulgaria, nominated for the New7Wonders of the World campaign. Perched on the rocks  is an ancient fortress with fascinating history. Its observation platform commands a breathtaking view of the rock formations which resemble all kinds of figures with names like – the Madonna, the Monks, the Horseman etc. Magura cave, known for its prehistoric paintings, is located not far from Belogradchik. Scientists say the pictures are probably between 5,000 and 12,000 years old. The pictures depict primitive hunting scenes, animals, plants and scenes from the life of primitive man. One of the most fascinating drawings is the annual sun calendar from the Late Neolith. Magura is one of the biggest caves in Bulgaria, the galleries found so far being almost 2,500 metres long. 3. Meet the Torlaks and get to know their way of life

In Northwestern Bulgaria, in the region of Belogradchik there is an interesting community with a lifestyle and culture all their own, and a unique dialect. The delicious vegetarian dishes are emblematic of the local people. In the village of Stakevtsi not far from Belogradcgik visitors can try out Torlak salad, made of dried peppers, cucumber, fennel, fresh garlic, or Torlak stew made of onions, cheese, flour, water and… sugar.

4. Yielding to the temptation of wine

Belogradchik is a region famed for its wines. Connoisseurs say that in its soil and weather conditions, the local brands resemble the wines from the Champagne wine region of France, and add that the best sparkling wines in Bulgaria are made right here, using classical technologies. And everywhere they go, tourists are able to taste the wines of the region.

5. Balloon rides over the Belogradchik rocks

This is one of the newest attractions which have grown extremely popular. The balloon flights, which are around one hour long, take place early in the morning and are a truly unique experience. The balloon rises up into the sky over the locality called Markashitsa, named after an ancient fortress which once rose amidst the bizarre-shaped rock silhouettes.

There are electric bikes for hire in the centre of Belogradchik which offer a quick and easy ride to another local landmark – Rabisha Lake  - and it takes no more than an hour to ride around it. The lake is located en route to Magura cave. Rabisha is an inland lakewhich has not dried up in a million years, and it has not been fully studied.  Some describe it as a “time capsule” which probably contains information coming from ancient times.

There is one more miracle of nature just 14 kms. from Belogradchik – Venetsa cave – one of the most stunning underground “cathedrals” in Bulgaria. It is within walking distance from Oreshets village along a dirt road. The LED lighting inside makes the cave come to life in all of its splendor.

So, pack your bags, the weekend is approaching!

The Ministry of Tourism has introduced uniform rules for anti-epidemic and sanitary measures in the resorts for the upcoming winter season. This guarantees..

Wearing masks outdoors is now mandatory in the winter resort of Bansko, local authorities have decided. The resort will have a laboratory for PCR tests,..