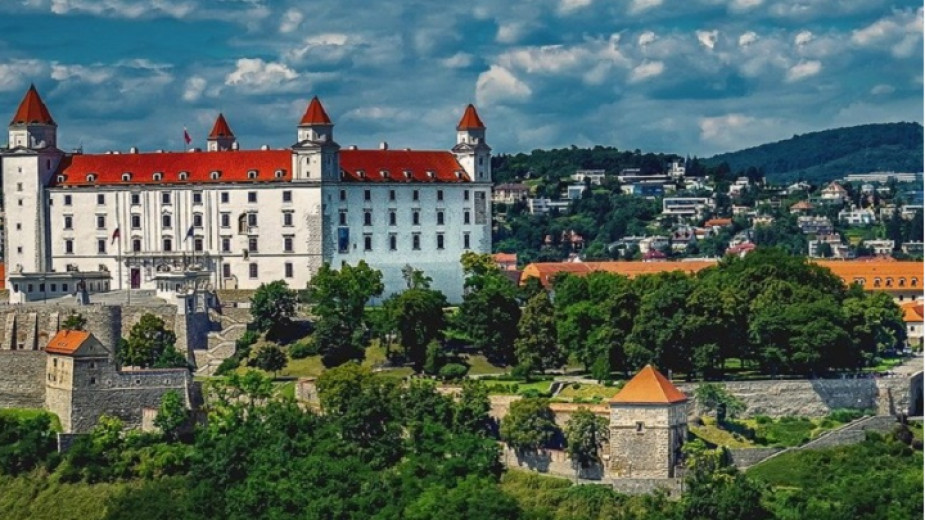 “We, the Bulgarians, are very respected and valued among the people of Slovakia. This is perhaps the only country where I have felt a genuine honour and pride to be Bulgarian,” this is how a young Bulgarian, graduate from the University of Prague, begins her story about Slovakia. Dimana Ivanova initially studied Slavic philology specializing in Czech language and literature at the Sofia University, and then she was approved for a PhD on the subject of Comparative literature at Charles University in Prague. “The Czech capital is a cultural centre among the Western Slavic countries, many programmes offer an opportunity for development for foreigners like me. I am one of those people who study and love the Czech language and culture, who begin their career with the Czech language, but continue with Slovak language,” Dimana Ivanova shares in front of Radio Bulgaria. “I wanted to stay true to this love and make something like a connection between the Czech Republic and Slovakia. I believe that the link between these two nations is not only intact, but that it even needs to be stronger after the division of the two countries. During my stay in Slovakia, I was able to work on interesting academic projects, and also wrote my first poetry. One of my first poems published in Bulgaria was “Postcard from Bratislava”. The Slovaks really enjoyed my works, and in 2018, a prestigious publisher even distributed a collection of my poems. I lived in Slovakia from 2012 until 2017. During that time I was employed in a full-time position as a teacher in a state high school in the town of Malacky. It is located at 30km from Bratislava and is something of a capital of the Zagorska area - bordering the Czech Republic. It was there that I gained a lot of new knowledge and was among my Slovak colleagues. I have been living in Bulgaria for the past two years, I came back due to personal reasons, but have not severed my connection with my Czech and Slovak friends.”

The Bulgarians there are no less than two thousand, which is a substantial number for small Slovakia. Most of them work in international companies. “We are ready to study and speak foreign languages, and that is why we are sought out as specialists - for example, there are quite a few Bulgarian programmers, economists, PR consultants,” says Dimana. She is impressed by the resemblance of the Bulgarian people to the Slovaks.

“As prof. Jan Koska said, “Bulgarians are like the Slovaks of the Balkans”, our mentality is very close to theirs. In the beginning, when I found myself in Slovakia, we went to a neighbourhood restaurant to celebrate New Year’s eve. Many Slovaks had gathered there, there was the typical Slovak vegetable soup - kapustnica, as well as roasted turkey for the celebration. On Christmas, however, their menu’s obligatory dish is roasted carp, just like in the Czech Republic. Our cuisines are not the same, but the celebrating people are very cheerful. They sing until the morning, raise toasts with their typical slivovitsa (plum brandy) and in that regard, I find many similarities between us, the Bulgarians, and them. Our first fellow countrymen who went there in the 1910s and 1920s were gardeners. The Bulgarians are famous for their ability to grow good fruits and vegetables. Since our gardeners there were very hard-working people, Bulgarians are said to be dignified, hard-working and good people even until nowadays, the Slovaks know us and value us. Throughout the past few years, there are more and more Bulgarians in Slovakia. The Bulgarian Cultural Union in Slovakia is a local organization created a long time ago by the gardeners. Its main aim was to preserve the link to their Bulgarian roots and culture among our fellow countrymen.”

When he was a student, he often looked at the night sky through a telescope and dreamt of unraveling the mysteries of the universe. But the long..