European Parliament adopts resolution on rule of law in Bulgaria With 358 votes in favour, 277 against and 56 abstentions, MEPs adopted the resolution on the rule of law in Bulgaria. The document calls for full and unconditional respect for European values, BNR reported.

The European Parliament regrets the significant deterioration in the compliance with the rule of law, democracy and fundamental rights in Bulgaria, including the independence of the judiciary, the separation of powers, the fight against corruption and freedom of the media.
The continuing systemic problems in the judiciary have been criticized. The resolution expresses solidarity with the demands for justice, transparency and democracy, concerns about the process of constitutional reform and changes to the election law before the elections.
The resolution is not legally binding. Prior to the vote, Socialist and Green groups voted in favour of the resolution, while the European People's Party voted against.
Listen to the daily news from Bulgaria presented in "Bulgaria Today" podcast, available in Spotify.
Radio Bulgaria News    European Parliament MEPs resolution rule of law 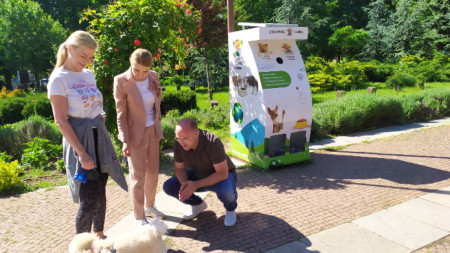 Automatic pet feeders were installed at four locations in Sofia. The feeders distribute food and water to homeless animals. The so-called Dog-o-mats and Bird-o-mats are triggered after a plastic bottle is inserted into a special hole.  "There are two..

Weather forecast for May 21: Warm and sunny Saturday expected

On Saturday the lowest temperatures in Bulgaria will range from 10 °C to 13 °C, in the capital city - around 10°C. It will be sunny during the day. There will be light northwesterly wind. The highest temperatures will rise and reach between 28°C.. The gas interconnector with Greece should become part of the strategic objects of importance for our national security - this is what Bulgarian Ministry of Energy has insisted to the Council of Ministers. "The facility has become of paramount..