In the exhibition “Ancient finds. New discoveries. Archaeological Season 2020” the National Museum of History will show its new artifacts discovered by 22 archaeological expeditions during the last archaeological season.

During the past year the fortification in the area of “St. Archangel” above the village of Dabnitsa in the Western Rhodopes was studied for the first time. The settlement was established in the early Chalcolithic and was inhabited for 6 thousand years.

The discoveries in the medieval necropolis, located in the inner city of Kaliakra, will also be presented. Among them is the grave of a girl buried with a gold-woven ribbon on her forehead, a fine hair net of silk and gold strands, as well as clothes made of expensive fabrics. Another highlight of the exhibition, which opens on January 20th, are the amphora-shaped burial urns from a late Bronze Age necropolis near the village of Balei near Vidin.

CEC - interim results: GERB win the elections, followed by We Continue the Change and Vazrazhdane

With 12.41% processed tally sheets in the Central Election Commission, GERB-SDS win the elections with 25.68%, Bulgarian Rise and ITN will also enter the National Assembly. Data of the Central Electoral Commission on the results of the parliamentary.. 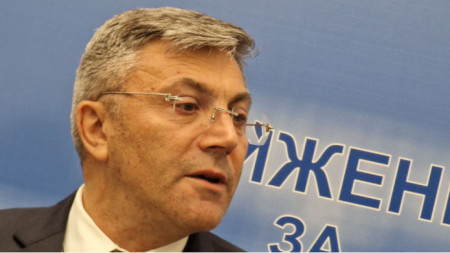