President Rumen Radev announced he would be running for a second term of office alongside Vice-President Iliana Iotova.

During a one-hour press conference marking four years since his inauguration, the Bulgarian head of state called for reforms in the Election Code, the updating of the electoral registers, live streaming of the election protocols count, distance voting for Bulgarians abroad, fair access to the media. Rumen Radev stated his team was working on amendments to the constitution which he will propose to the new parliament and went on to say:

“2020 was the year of the Bulgarian awakening. Trust in the government and in parliament is broken. Despite the pandemic and the smothered freedom of speech, Bulgarians came out into the streets and stated their categorical will for change. New political parties and movements have appeared. As the parliamentary elections in April approach Bulgaria’s citizens are faced with the dilemma of accepting or rejecting the current model of governance – corrupt and backdoor, repressive and wasteful, unfair to the average Bulgarians.”

In this turbulent year the presidential institution never stopped upholding the interests of Bulgarians, President Radev stated and added that he had withdrawn confidence in the government at the beginning of the year over corruption and the onslaught on civil liberties.

“The protests that broke out six months later proved that my position is correct,” the President added.

“I had dozens of telephone conversations with the Balkan leaders. During the year Bulgaria took over the chair of the “Three seas” initiative, an initiative which aims to accelerate the economic development of the region with enhanced cohesion and to bring the West and the East of the EU closer. Bulgaria, being the least developed country of the EU, must avail itself of this opportunity. As a result of our intensive partnership with USA an agreement will soon be signed on cooperation in science and technology,” the Bulgarian head of state pointed out.

President Rumen Radev stated that upholding the rule of law was a top priority in his work. “Even though 5 of my 7 vetoes were rejected, the reaction by experts and by society came to prove I was right in imposing them.”

In his words the fact that timely and adequate measures were not put in place during the corona-crisis has had dire consequences for the medical, social and economic situation in the country. He has put forward five projects connected with crucial spheres such as education, energy, healthcare, and is expecting a quick response by the Council of Ministers.

Rumen Radev presented the work of Vice-President Iliana Iotova and more specifically her initiatives regarding Bulgarians abroad. “Our diasporas are a national treasure which we must develop,” the Bulgarian President said. As a result of the intensive efforts of the Vice-President and her team the network of Bulgarian communities was extended in Latin America (Uruguay, Mexico, Peru), in Asia and Australia. The ties with the traditional historical communities have been upgraded, the Bulgarian President said and added:

“Active efforts were made to coordinate the work on preserving the territorial integrity of the Bolhrad region in Ukraine. Mrs. Iotova has also been putting a great deal of effort into the future of Taraclia University in Moldova so that it may one day become a branch of the University of Ruse. Her initiative marking 1 November generated a great deal of energy and hundreds of Bulgarians from all over the world wrote about “Bulgaria awoken”.

The dispute that has emerged between Bulgaria and the Republic of North Macedonia comes to confirm the Vice-President’s belief that issuing Bulgarian citizenship is not enough to make the work with the Bulgarian communities abroad successful, President Radev said. 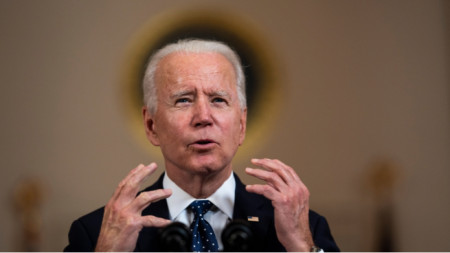 The expected thing happened – GERB returned the mandate to form government, it's time for surprises

The first political force in the 45 th Bulgarian parliament will not fulfill the mandate to form a government handed to it by the head of state on Tuesday (April 20t h ). The attempt of the GERB-SDS coalition to hold talks for support..

Is an “everyone-against-GERB” coalition in parliament possible?

Today President Rumen Radev handed a mandate for the formation of a government to the first political force in parliament – the GERB-SDS coalition. Yesterday’s consultations with the Bulgarian head of state made it clear however that..

After three failed attempts the 45 th National Assembly has not been able to form a regular government, and it is now up to President Rumen Radev..