Tourism is one of the sectors that has suffered particularly badly from the pandemic. The measures and restrictions introduced in this regard have led to an unprecedented collapse in holiday bookings. The ban on organizing trips in the country and abroad will suspend the work of Bulgarian tour operators for at least another three months until the end of April, as the lack of revenue makes it difficult for travel agencies to compensate customers whose reservations have been cancelled.

"There are several promises and two programmes under which we expect to receive some money. Unfortunately, the procedures are extremely cumbersome, and the only aid actually received so far is 1% of the turnover for 2019”, explained Bulgarian tour operator Emil Abazov.

“We expect another 4% soon, but as far as I know, payment under each programme is overdue by several months. If you ask all colleagues, they will tell you that we want to work. We believe that this is the only way to deal with this crisis."

Tour operators see in the expected 4% of their turnover for 2019 an opportunity to pay their clients for cancelled bookings. For many agencies, however, this percentage will not be enough to compensate for the one-year stagnation in their activities.

"The big problem I see, however, is that we have to wait to receive the money and only then have the right to reimburse customers," Abazov said. “This is extremely strange, because I have an idea how much money I will receive and I would like not to wait for the money to be transferred, but to pay now at least to the first clients who have been waiting for almost a year."

While suspending the work of some, the ban on organizing tourist trips in the country and abroad, introduced by order of the Minister of Health, does not seem to apply to other companies in the industry. At least that is the first impression that the search for travel offers on the Internet leaves. In a comment on the topic, the tour operator Nikolay Danailov pointed out that these offers were a clear violation of the ban because they offered a group tourist trip. "For better or worse, as a business representative, I was part of the team of the Ministry of Tourism, which two years ago synchronized the new law on the sector with the European directive relating to tourism. The directive is very firm that a tourist trip is a trip prepared according to a program with at least two services included and combined in advance. The main ones are transportation, accommodation and meals and additional services, including various attractions, etc. So there is no dispute here, because you have two services - transportation and accommodation”.

Every tour operator that organizes charter flights must obtain the consent of several institutions.

“You have at least 4 administrations responsible for carrying out one charter flight,” says Danailov. “The most brutal thing in this case is that all these trips, together with the upcoming program for February are widely advertised in the media.”

In the end, it becomes clear that the ban on organizing tourist trips has become an obstacle for most tour operators and an opportunity for others.

Compiled by Ioan Kolev (based on interviews of BNR Horizont channel) 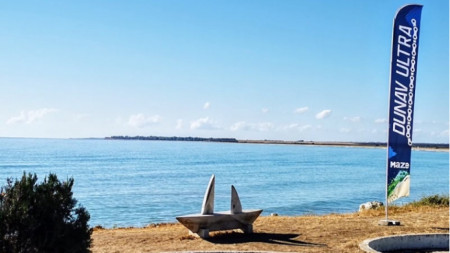 The route with a length of over 700 km along the Danube connects one of the most northwestern points of Bulgaria near the village of Kudelin to the Bulgarian Black Sea coast near Durankulak. Eight years after the creation of the Dunav Ultra..

Nature has sculpted enchanting natural phenomena in the region of Devetaki Plateau. Devetaki Plateau is located at the foot of the Balkan Mountains (Stara Planina). Its northwestern border is clearly defined- shaped edge over Osam River and on the..