In times of crisis, people often prefer to invest in real estate, including agricultural land. Due to the security of this investment, it benefits not only people closely associated with the sphere of agriculture, but also those who operate in very different areas. An additional incentive for such investments at the moment are the zero interest rates on deposits. This is what Stayko Staykov, chairman of the Bulgarian Association of Agricultural Land Owners, says in an interview published on the website of the association.

In the past 2020, the price of agricultural land in Bulgaria has risen in northwestern regions, while in Eastern Bulgaria and Dobrudzha, stagnation or even decline was marked, Staykov said.

Interest in buying land in Dobrudzha, known as the "the granary of Bulgaria", faded at the beginning of the past year with the arrival of Covid-19 and the first lockdown.

In 2020 the price of land there, which is traditionally the highest in the country, marked a decline for the first time in years from 1023 euros per decare before to 818-920 euros now. Buyers are reluctant to trade at higher prices because of the uncertainty caused by the pandemic. Drought and poor harvests in 2020 have had an additional negative impact.

Mr. Staykov points out that the cheapest land continues to be in Southern Bulgaria, where the worst conditions for growing annual crops exists - Haskovo, Kardzhali, Strandzha-Sakar. The situation is quite different in North-Central and North-Western Bulgaria, where last year's harvest was very good. "The price of agricultural land has been growing in Montana, Vratsa, Vidin, Pleven, and along the Danube, where in some places land is sold for 920 euros per decare, while the average price in 2019 in the region was about 562-716 euros per decare, Staykov said. According to him, the owners of agricultural land expect a 5-percent rise in price in the coming years. The expert points out that in 2007, when this country joined the EU, a decare of agricultural land cost about 26 to 102 euros, but with the coming of European subsidies for the sector, the price has risen many times over.

The main investors in agricultural land to date are Bulgarians. Stayko Staykov points out that "managing agriculture from a distance was difficult." The other thing that stops foreigners is the lack of consolidation and irrigation opportunities. According to Staykov, foreigners were looking for plots of 10-15,000 decares, while the average plots in this country are smaller.

The establishment of an Agricultural Chamber in Bulgaria is expected to help deal with unresolved issues in Bulgarian agriculture. Staykov also sees an opportunity for more scientific-oriented development of the sphere. "Everyone who has land should look for agronomists to find out the best way to cultivate their property," he says, pointing out that it was high time to open the way for new technologies in the area. 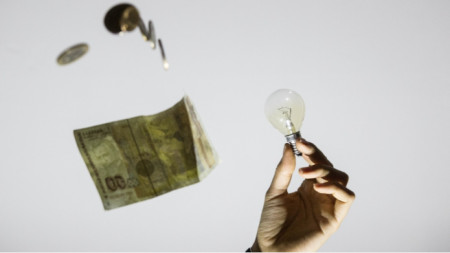