A century ago Bulgarians used to relax sipping their Turkish-style coffee with lots of sugar, eating Turkish delight or baklava as they engaged in talks. Discussing politics, they were shrouded in tobacco smoke holding a glass of absinthe in hand. Traditional rakia (grape brandy) was considered good for digestion and a tested cure-all over the centuries. What were the temptations and vices of Bulgarians in the past? The answer to this question is given by an exhibition entitled "Vices" in the National Polytechnic Museum in Sofia. The first section of the exhibition is dedicated to "Alcohol & Bottles".

"It is a curious fact that at that time bottles of 500 and 750 milliliters were not distributed and most of the drinks were sold in 300-milliliter bottles," Madlen Yaneva from the museum's public relations department says. “Some of them looked like works of art and their outlines resembled the silhouette of a naked female body or a mermaid, according to the imagination of the drinker. The other difference from today's bottles is that they were not labeled with paper labels, but the brand, manufacturer and year were marked directly on the glass." The section "Tobacco, snuff, etc." shows the introduction of tobacco in Bulgarian lands and the commercialization of one of human weaknesses. Visitors can see cigarette boxes, pipes, snuff boxes, provided by the Historical Museum in Gorna Oryahovitsa, as well as three valuable items from the "Palace Collection" of the Polytechnic Museum.

"The first is a silver cigarette case, a gift to Tsar Ferdinand from the United Tobacco Factories Joint Stock Company in 1912, on the occasion of the 25th anniversary of his accession to the throne," Madlen Yaneva says. “The case, designed by artist Haralampi Tachev, was made in the studio of famous Viennese jewelers and is decorated with colored enamels, rubies, sapphires, as well as a beautiful landscape of the Plovdiv hills.

We also show a luxury cigarette case, donated by Dimitar Stavridis - owner of the tobacco workshop Orel (‘Eagle’) in Plovdiv and producer of the first Bulgarian cigars, made especially for the opening of the Plovdiv exhibition in 1892. We also show an Ottoman coffee set of 11 cups in a beautiful box with the sign of Sultan Abdul Hamid II, produced in the Russian Kuznetsov porcelain factories at the end of the 19th century.” In the section "Sugar, coffee, etc." the focus is on the key role of Gorna Oryahovitsa in the field of confectionery. Sweets were sold in the streets as well as ‘salep’ - beverage made from the tubers of the orchid genus Orchis and sweetened with sugar or honey. Looking at the exhibition at the National Polytechnic Museum, which continues until the end of May, the visitor realizes that temptations have not changed much over time. Bulgarians continue to eat sweets, drink, and smoke. Madlen Yaneva reiterates an old Bulgarian proverb: “Too much of a saint is not dear even to God.”

A disappearing Bulgaria through the camera of Georgi Hadzhiev

A photographer, motorcyclist and musician, Georgi Hadzhiev has dedicated much of his time to exploring the forsaken territories in his native Bulgaria. He is looking for villages hidden high up in the mountains at over 1,000 metres altitude... 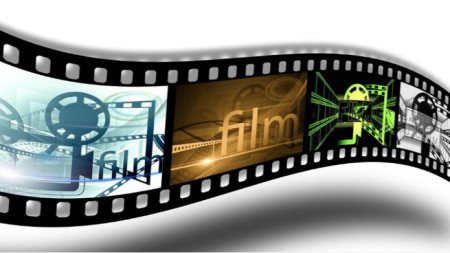 One of the largest film projects implemented in Bulgaria is undoubtedly the Khan Asparuh trilogy. The team, actors and extras involved in filming the production in 1980 numbered over 100,000 people. The historical epic, directed by Academician.. The film "Here I am, Again" about the Bulgarian high-altitude climber Boyan Petrov was awarded the “ C ity of Bolzano” Golden Gentian Prize  at the 69th edition of Trento Film Festival . The film is a chronicle of..

Volunteers from around the world participate in Christo's last art project

Registration for participation in the last project by Christo and Jean-Claude "L'Arc de Triomphe, Wrapped" starts on May 17. Those..

“Getting closer” is the motto of the forthcoming dance festival Antistatic

Willy Prager is one of the founders of Antistatic. The festival was launched in 2008 in Sofia as the only forum of its kind and is part of the..