Thousands of British citizens have chosen Bulgaria as their second home. They come here because of the pleasant climate, low prices and beautiful nature. And neither the pandemic, nor Brexit were able to make them give up on their new life in Eastern Europe. Keith Halstead is one of them.

For 9 years now, the retired employee of the British Army has been enjoying a peaceful life in Bulgaria. He first settled in the city of Plovdiv, where he worked as teacher of English for several years, but then moved to the Rhodopes. "My pension is small but in Bulgaria it is enough for me. Here I can live with it without missing anything," Keith tells Radio Bulgaria. One day, while surfing the web, he came across a photo that changed his life. It was a photo of an old stone house for sale in the village of Smilyan.

"I decided to come to the place to see it and fell in love with the house. I went back to the village and stayed in a hotel to get to know the area and it really captivated me. It was June, the weather was beautiful and the mountain was very picturesque. So, I decided to buy the house. I have been living here since 2016 and I have never been happier,” the British settler says.

Keith was immediately welcomed by the locals, who even helped him repair his old house. What can a British pensioner who loves nature and wants to share his joy of life with others do in the Rhodopes? The answer is simple - tourism:

"My house is big and I let rooms. In the summer I welcome guests and entertain them. Very few people came last year because of the pandemic, but before that I used to welcome representatives of about 15 different nationalities. I do not do this activity because of the incomes from it, but mostly because I enjoy communicating with people from all over the world. They come here because of the beautiful nature.” Keith welcomes mostly foreigners living permanently in Bulgaria; people like him who love the Rhodopes and want to get to know the beauty of the mountain. For the new season, Keith has prepared various attractions for them, such as botanical tour routes in the mountains.

It turns out that life in the small Rhodope village is flourishing. A local entrepreneur has bought an abandoned plant and is currently renovating it in order to turn it into an art center. The initiative involves a group of enthusiasts, including foreign settlers in the area. Keith has supported the initiative by creating a Facebook page and filming the project. He wants to promote Smilyan as a place for recreation and culture.

Not everything is rosy in this country, the British says, talking about extensive bureaucracy. The sphere of services has also been lagging behind, according to him. However, people in the countryside are very friendly. "That's why I like it here in Smilyan where I feel part of the local community," Keith Halstead says in conclusion. 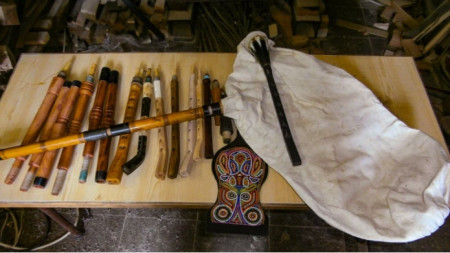 The biggest, the smallest, the strangest bagpipe… Over the years he has crafted hundreds of bagpipes. Despite the pandemic he has never stopped working. In a small workshop in the neighbourhood of Raykovo in Smolyan, work never stops. 80-year.. 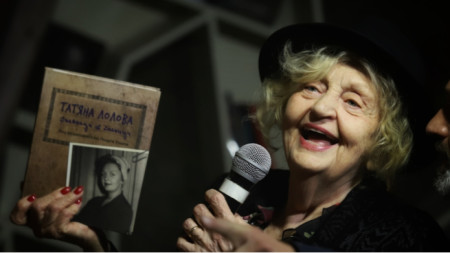 The Aleko Konstantinov theatre of Satire in Sofia is opening its doors to its brightest star today – Tatyana Lolova. But this time the audience won’t be leaving after watching the actress in one of her memorable roles, they will be..