Boyko Borissov said this morning that he himself would not run for prime minister, but that a man with a clear pro-European and NATO orientation would be nominated.
Daniel Mitov was born in 1977. He graduated in Political Science at Sofia University "Kliment Ohridski". He participated in the German Marshall Memorial Fund of the US exchange programs, as well as in the "Programme des personnalites d'avenir" of the French Ministry of Foreign Affairs. Since the autumn of 2010, he has worked for the US National Democratic Institute (NDI), initially in Iraq, where he was program manager for the Political Parties Development and Support Programme, and later in Brussels, Libya, Congo, Ukraine, Yemen. Tunisia and others.
In 2014, Mitov was appointed by President Rosen Plevneliev as Minister of Foreign Affairs in the caretaker cabinet of Georgi Bliznashki, and retained this post in the following, second cabinet of Prime Minister Boyko Borissov.
Daniel Mitov is currently an MP in the new parliament from the GERB-SDS coalition.
Radio Bulgaria News    Boyko Borissov caretaker cabinet Daniel Mitov GERB Minister of Foreign Affairs prime minister Bulgaria has registered 677 new daily coronavirus cases. 4.1% of the 16,505 tests performed returned positive, according to the Unified Information Portal . Again, Sofia has the highest number of new infections - 113, followed by Stara Zagora with 73,.. 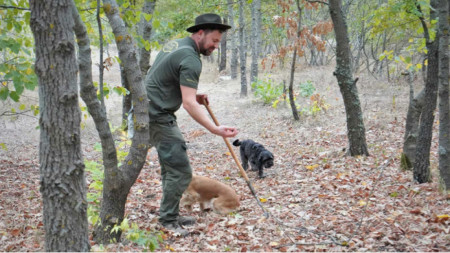 Alternative tourism has been flourishing in comparison to traditional tourism during the pandemic. Such is the new gourmet adventure tour "Truffle Hunting" near Balchik. The National Association Bulgarian Truffle is looking forward to.. On May 18, we celebrate International Museum Day, which was marked for the first time 43 years ago. The purpose of the festival is to promote the role of museums in the preservation and dissemination of culture and knowledge. On the occassion.. President Rumen Radev expressed concern that  general elections may be held for the third time this year. "I do not even want to think that..

203 new cases of Covid-19 have been confirmed in Bulgaria in the past 24 hours out of 7,281 tests performed, indicate data of the Single Coronavirus..