It is Lazarus Saturday (Lazarovden) again - the day on which Christ performed one of His miracles, resurrecting the righteous Lazarus. This is also the feast which is the harbinger of Christ's resurrection, which Orthodox Chiristians celebrate a week later. Lazarus Day was once an important stage in the socialization of young girls of premarital age who, with a flower wreath on their heads, entered the role of what is known here as “lazarki” girls performing the ritual called “lazaruvane”.

Unlike online trainings and conferences, the custom “lazaruvane” loses its meaning without the ritual tours of the lazarki girls, without their resounding songs of incantation and in praise of spring and beauty. "But we must be reasonable and preserve the health and lives of children and people from the village," says Ventsislava Poteva, head of amateur groups and librarian of the community centre in the village of Mirovyane.

For centuries on end, the Bulgarian people used to believe that a girl who had not participated in the lazaruvane custom would not marry. Other misfortunes would befall her, they believed, such as being taken away by a dragon. In most areas they started the preparations for this holiday as early as March, or more specifically on the feast of Mladentsi (March 9). They gathered on holidays in the neighbourhoods where they would learn the traditional songs and games from a woman who been one of the lazarki girls some time ago. They would determine their roles in the custom - who would lead the Lazarus round dance (this girl was called Boenets, godmother, etc.), who would sing, etc. Located on the calendar of the winter-spring transition, the custom usually contains ritual tours which the lazarki girls performed around fields and meadows. And the songs they performed were dedicated to future fertility. In the homes in the village, the lazarki girls would also sing special songs for and well-being and dance in the yards of people’s houses. Dressed in their new folk costumes and adorned with beautiful wreaths of fresh flowers, the girls were a symbol of youth, beauty, a new beginning and hope for health and fertility.

After years of oblivion, for the last few decades Lazarus Saturday has started to be celebrated again in most villages and smaller towns in Bulgaria where the resurrected tradition has found new life and followers. In fact, in some places the custom has never completely disappeared, but has been performed in a modified version and among a close circle of relatives. In 2020, for the first time, many community centres in the country did not prepare their groups of lazarki girls, and their songs could be heard only on social networks.

Although this year's Lazarus Saturday is a time when the restrictive measures against the spread of the coronavirus have been "loosened", the leaders of most amateur groups have cancelled the official celebration of the custom. "It's good that we have records from previous years so we can watch them and feel the spirit of the holiday," says Ivan Naumov, chairman of the community centre "From the spring - 2013" in the town of Sapareva Banya.

In some villages, though, locals have decided to perform the ritual, but only in front of their own houses, with masks and with the required social distancing.

"It may not have all the elements, but we will perform the custom”, says Margarita Petkova, mayor of the village of Tsarevets. “If we give up everything, what will happen to our lives, and how will we pass on the traditions? It is for health and fulfilment of our good wishes. I wish a happy holiday to everyone and happy days to all of us, especially to our children!” 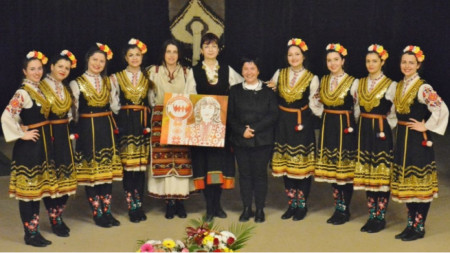 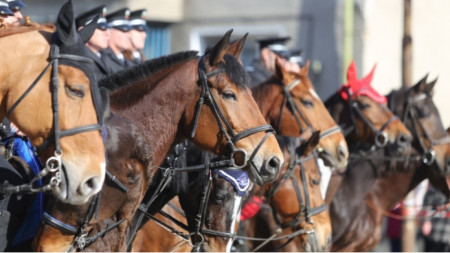