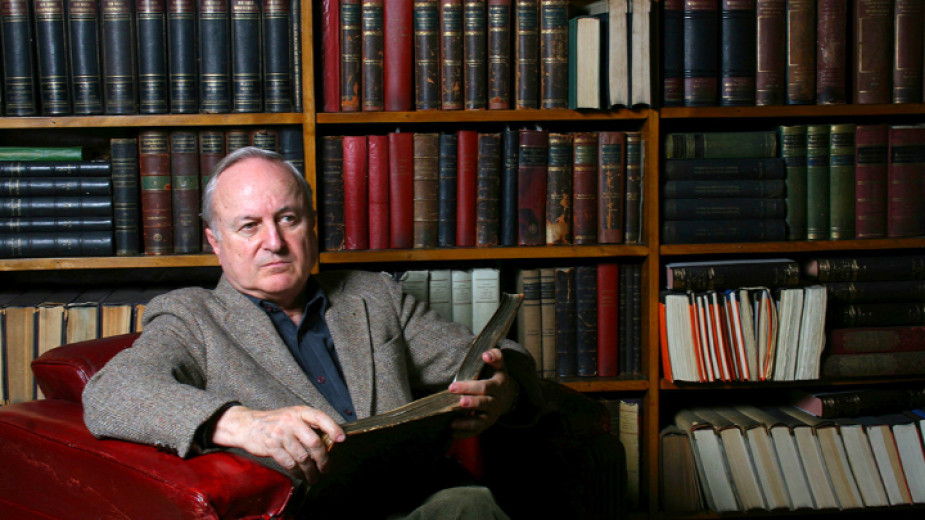 4
Prof. Shurbanov at the library of Sofia University

Prof. Alexander Shurbanov is a prominent Bulgarian scientist, lecturer, writer, translator and philologist with wide international recognition. He has made great contribution to the development of culture and higher education in Bulgaria. Prof. Shurbanov gave an interview for Radio Bulgaria a few days after his birthday and hours before "All the World is Translation" conference, organized at Sofia University on the occasion of his 80th birth anniversary.

"I hope we would be wise enough not to miss the right direction," the scientist says about the situation in the country and the times we live in. "These small periods of thinking about the future disrupt our entire development and make it inconsistent and difficult. I hope we would overcome this, so we can start thinking of Bulgaria as a more long-lasting concept and essence, and look for the true path over the years, knowing what we should search for."

According to him, shortsightedness has often been the issue. "This is the short-sightedness of a series of governments in this country. I do not think that the problem is Bulgaria’s limited resources. Resources can always be found. This is a matter of priorities. We often look no further than our noses, focusing on daily problems. But beyond these problems, we are facing much greater challenges and trials that we should really think about."

"Bulgaria has solid academic education, allowing accumulation of necessary knowledge. This knowledge is carefully structured so that one can develop as a specialist. This is always acknowledged when meeting people from other countries – they are deeply impressed by this solid training.

What we lack is the development of students’ independent thinking, of their abilities to solve extraordinary problems, of their heuristic thinking. In this respect we lag behind other educational systems with their focus on these aspects of intellect," Prof. Shurbanov says.

He adds he is optimistic about Bulgarian students, who are "very intelligent and knowledgeable young people, handling new technologies quite well and fitting into the global context without worries, inferiority complex or provincialism." ABOUT SHAKESPEARE AND TRANSLATION

"I have not dreamt of Shakespeare but he has always been with me since my earliest years," the prominent expert says. "Sometimes I have managed to be very close to him, like a close acquaintance. Sometimes I stepped aside and looked at him as an incredible genius who is unreachable. These are the two kinds of relationships my life in Shakespearean Studies has been going through.”

Prof. Shurbanov points out that his main priority in translation is to avoid altering the author. "For many years I have been following this principle more and more carefully," he adds and says a translator’s task is constantly importing new ideas, enriching native culture and tradition. “Translation is a mutual enrichment, a cross-fertilization of cultures. Entertaining the local audience with things they are ready to accept right away is the easiest way. It's harder to teach people things they are not used to, but are still necessary.”

Prof. Shurbanov has been translating works by John Donne and hopes that he will publish a book with works by the great English poet in a year.

ABOUT HIS LIFE TODAY

"Breakfast with Pomegranate" is the new book by Prof. Shurbanov, published a few days ago. It includes poetry and essays. "I have written it over the past 4-5 years. At this age, I still try to preserve my vitality as a creator of literary texts," the professor says. 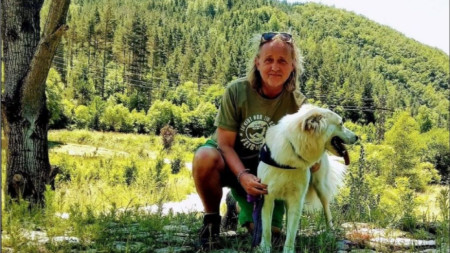 Thousands of British citizens have chosen Bulgaria as their second home. They come here because of the pleasant climate, low prices and beautiful nature. And neither the pandemic, nor Brexit were able to make them give up on their new life in.. A withered tree with bare branches was a melancholic sight for patients and doctors when they looked out of the hospital’s windows. On one side of the tree is the Covid ward, and on the other - the hospital room where Svetlozara would sit by the.. 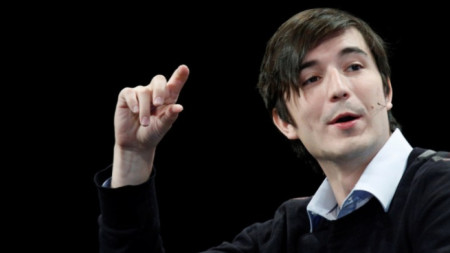