The shortest-lived National Assembly in the country’s modern history. That is the briefest description that can be given to the last Bulgarian parliament and its work. During its lifetime, lasting less than one month, the 240 members of parliament held 9 sittings. Because of Covid-19 some of the members of parliament never got to actually attend any of them, some were officially sworn in online.

This shortest-lived parliament was marked by a massive dose of populism, says Halil Letifov, MP from the Movement for Rights and Freedoms.

“Evidence of this is the huge number of draft bills submitted – more than 70,” he commented in an interview for the BNR. “And all this in light of the fact that no attempt was even made to form a government. The main problem we identified is that nobody was talking to anybody else.”

The 45th National Assembly will also be remembered for having approved just one law – the Election Code, which has since seen an array of different interpretations, Prof. Todor Galounov, who lectures in political science at Veliko Turnovo University said for the BNR. In his opinion parliament showed that “the present generation of Bulgarian politicians find it difficult to work in the spirit of consensus”: “The syndrome of the idea of having a powerful party and a feeble opposition that will not get in the way much seems to be evident in the political community,” Prof. Galounov says. “Each one of the six parties in parliament turned legislative activity into propaganda and election campaigning,” political analyst Tatyana Burudzhieva said in an interview for Radio Bulgaria. “Though the short life-span of this National Assembly was expected, it was not expected to be as short as this, nor was it expected not to be able to function as a legislative body. Still, though in part, a consensus was achieved on one of the principal demands of the so-called parties of protest which earned the votes of the people who are not happy with the current administration – an overhaul of the Election Code.”

According to Tatyana Burudzhieva the hope of acquiring up-to-date data regarding the number of Bulgarians living in other countries from the national census scheduled for September is more or less futile:

“No mechanisms have been provided by which they can be informed, there are no interviewers who can be sent to the biggest Bulgarian diaspora in Ukraine, in Moldova, Germany, the UK, the US. What I have been told by colleagues from the National Statistical Institute is that the Bulgarians living abroad will be counted in the national censuses of the country they are living in.” Taking a look ahead, two months from now, political analyst Tatyana Burudzhieva says she expects the next, 46th National Assembly to be a motley crew even more than the 45th National Assembly was,  with more parties expected to clear the 4% threshold and enter parliament. She is also expecting a change in the distribution of parliamentary seats among the top three:

“There is a significant group of over-65s who did not go to the polls the last time, but this time they might. Each one of the parties could add or lose a little though probably not drastically compared to the results from the parliamentary election on 4 April. Voter attitudes are not that easy to change, but we did see a parliament that was very interesting all of the time. What conclusions people have drawn from its work and from the unique situation for Bulgaria - of not being able to form a government - is something we are yet to see.” 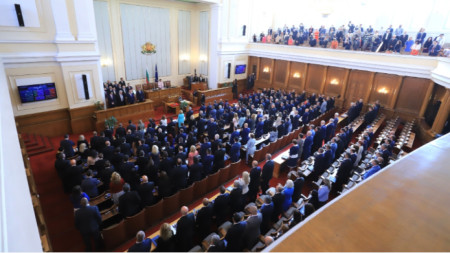 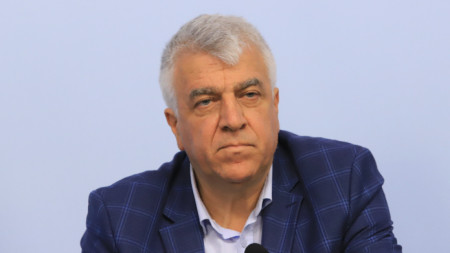 Professor Rumen Gechev: BSP shall not support a cabinet formed without consultations

The parties trying to form a cabinet will need the support of the Bulgarian Socialist Party, MP Rumen Gechev from BSP forecasted in an interview for the Bulgarian National Radio. The socialist party will not support any prospective cabinet, proposed..