The Vidin synagogue to be restored to its former glory

The synagogue in Vidin, Northwestern Bulgaria, the second biggest in the country, will soon be restored to its former glory though not as a house of prayer but as a cultural centre. Restoration work has begun on the building which has for decades been running to ruin. The sum needed for this – 9 million 800 thousand Leva – is being provided as a grant under the operational programme “Regions for growth”.

Once people called the synagogue “the white swan of the Danube” because its majestic silhouette was visible from afar. It was modelled after the synagogue in Budapest. Its construction, funded by donations, took just one year and was completed in 1894, archive documents and photographs prove. The synagogue was a prayer house for more than 50 years, documents from the state archives in Vidin show: “After the mass displacement of Jews from Vidin, after 1949 a small community remained here and in the 1950s decided to donate the building to Vidin municipality. For years the synagogue was used as a storehouse, and then, at the beginning of the 1980s a decision was made to turn it into a concert hall because of the good acoustics,” Svetlana Krusteva, head of municipal archives said for BNR-Vidin.

Efforts were made to reinforce the building, but when the roof had to be replaced the financing ran dry and the building sank into oblivion. And even though there is but a small Jewish community in the town, there are hopes now that the synagogue building will be restored and preserved even if it used for a different purpose.

Modern technologies and materials will be used to restore the building to its original state, explains project leader Luchezar Lalov. The restoration and reinforcement of the synagogue building and its turning into a cultural centre is to be completed by October next year. 2021: A happy year on a personal level, a bad year for the country

Though we are nearing the end of a year dominated by Covid-19, economic uncertainty and political instability, more than half of Bulgarians (55%) say they were happy in 2021, indicate the results of a survey conducted by Trend sociological..

During the past difficult and challenging year 2021, the reporters of Radio Bulgaria brought you interviews with people from different parts of the world who have chosen to live and work in Bulgaria for various reasons. From our conversations with them,.. 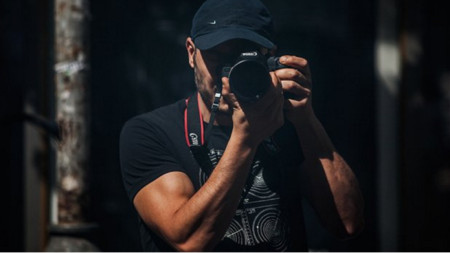 Bulgaria at a tail end of a year of political turmoil

2020 and 2021 were different, because they were marked by the global coronavirus pandemic. The fight against Covid-19, the constant increase in the number of coronavirus-related deaths, the fear of survival or complete ignorance about the spread.. The first Bureau for Information and Services for Third Country Nationals has been functioning in Sofia since September 2021. The aim of the..