7 parties shared the 56 seats in the new National Assembly of Cyprus. The three major left-wing and right-wing parties lost electoral support and the far-right nationalist parties earned bigger electoral support. “This is a very serious indication that the traditional parties no longer meet the needs of the voters in Cyprus”, informed the correspondent of the Bulgarian National Radio in Cyprus Branislava Bobanac. This country’s new National Assembly is expected to adopt laws for decisive reforms in the judicial sphere, the local government and the state administration, so that Nicosia can receive EUR 4 billion under the EU Recovery Plan in the next 5 years. Most of the funding is to be spent on green transition, digital transformation, strengthening economic sustainability and competitiveness, explained Branislava Bobanac.

Hungary, Poland, the Czech Republic and Slovakia, and Austria, have sent a new non-paper to the leadership of the European Union, asking for the countries and citizens of the Western Balkans to be involved in official talks on the future of the EU. Unlike the previous non-paper sent by Slovenia, this document does not address the border issue. It calls on Brussels to include the Western Balkan countries in the Conference on the Future of the EU, announced Klix.ba.

The Ministers of Foreign Affairs of the Visegrad Group want the countries and the citizens of the Western Balkans to engage in official talks, because in their view, the future members of the European Union have the right and should be given the opportunity to express their views on the prospects before the EU. The Minister of Foreign Affairs of Bosnia and Herzegovina Bisera Turkovic also confirmed the information about the non-paper. High pressure on the judiciary in Serbia, public denials of international verdicts for war crimes and lack of anti-corruption strategy are among the remarks in the European Commission’s six-month report on Serbia’s implementation of key chapters on human rights and the rule of law in the accession talks with the EU. The unofficial document, quoted by Radio Free Europe, lists cases of threats and violence against journalists, widespread propaganda of state decision in Serbian media, as well as usage of tabloids in publishing information on current investigations. The report has been sent to the EU member states to decide whether to open new chapters in the negotiations with Serbia.

Romania submits its Recovery Plan to the European Commission

Romania filed its Recovery Plan to the European Commission, becoming the 22nd EU country to do so, informs Euractiv. Romania intends to attract EUR 14.3 billion in grants and EUR 15 billion in loans from the Recovery and Resilience Fund. Romania’s recovery plan is structured around six pillars- green transition, smart growth, social and territorial cohesion, digital transformation, health and resilience and policies for the next generation. The plan includes measures on sustainable education, transport, healthcare, renovation of buildings and digitalization of the public administration. The European Commission is to assess whether Romania’s plan dedicates at least 37% of expenditure to investments and reforms that support climate targets and whether the plan dedicates 20% of expenditure for digital transition.

Greek citizens to be able to divorce online The Greek citizens will have the opportunity to divorce online only with a mouse click, informs “TA NEA”. The spouses will be able to dissolve their marriage in person or with the help of a lawyer in eight simple steps via the government portal gov.gr. Ten days later, their lawyers and a notary officially finalize their divorce. The application will be tested as of mid-July. The remote procedure will be possible only in cases of divorce by mutual consent. 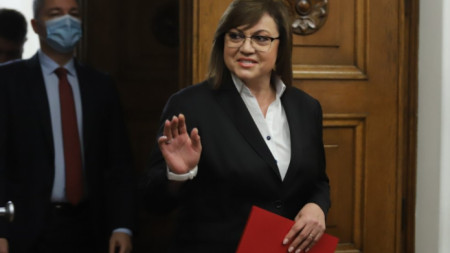