The thermophilic animals of subtropical areas, fared well in the dry climate of Eastern Rhodopes and Sakar Mountain, and their keepers made good money out of them 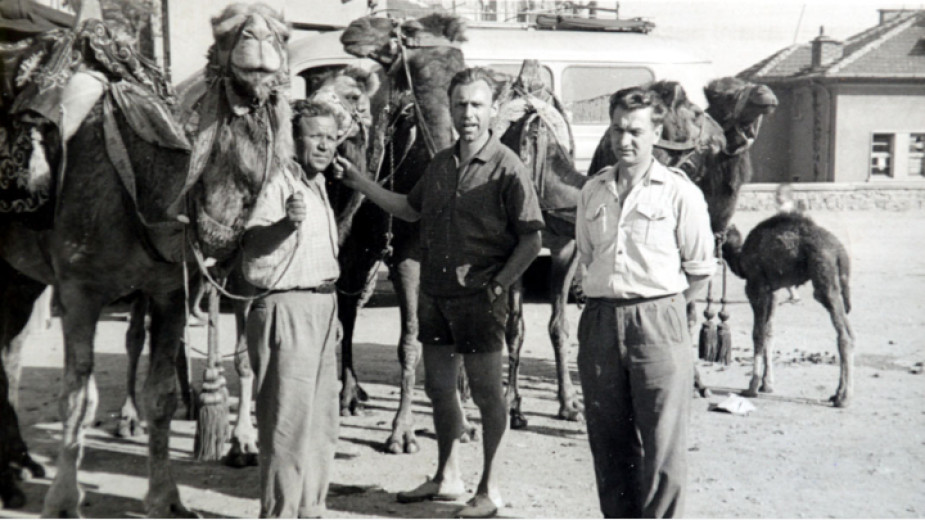 Camels came to Kavakli (Topolovgrad of today) from Western and Eastern Thrace, together with their keepers, Bulgarians from those parts, banished from their villages after the 1919 Treaty of Neuilly.

That was how, in the period from 1923 to 1925 camel breeding took root in Southeastern Bulgaria, to turn into a lucrative livelihood. At the time there were more than 1,000 camels travelling in these parts, but they were to be found in greatest numbers in Topolovgrad. Local camel keepers at the time were no less expedient than the freight forwarding companies of today, and their caravans delivered goods to the farthest corners of Sakar Mountain and the Eastern Rhodopes.

Truck and bus transport made its way into Bulgaria in the 1930s, but camels had the advantage of going where there didn’t even exist roads. So, these hardy animals were engaged in delivering bread, charcoal, salt and all kinds of other commodities across the entire southeastern part of Bulgaria, says Veselin Kalvachev, Director of the Municipal Museum of History in Topolovgrad, and adds that these exotic animals were also actively involved in the building of the Holy Mother of God church, of the market hall and the tobacco monopoly building in Topolovgrad. “A healthy, sturdy camel could carry 300-400 kgs. on its back, that was why they were used to carry building materials – sand, rocks, cement,” Veselin Kalvachev says further. “Only rarely were they used to till the land. Nothing that had anything to do with camels was ever thrown away. Even their dung was highly valued as fertilizer by the local tobacco growers and farmers. As to their wool people would say: “If you have a camel wool blanket in the house, you don’t need a fire”, that was how warm camel wool is! It was used to make blankets, items of clothing etc.” In 1934 there were more than 300 camels in Topolovgrad. But as World War II loomed closer roads were being built and machine transport gradually took over from these beasts of burden, and people gradually stopped using them. The camel keepers started selling their faithful beasts. Camels were used for the last time to transport ore in wooden crates in the region of Madzharovo, but in 1947 their owner sold them to… butchers from Haskovo.

“But when their work was over the fun began,” Veselin Kalvachev explains. The camels from Topolovgrad were actually hired for the film Hitar (cunning) Petar in 1960, after which they were used in the tourist industry:

“The last camel keepers Krustyo Karpezanov and Dimitar Gadakov went to the resorts along the Black Sea and their camels were transformed – into actors,” Veselin Kalvachev says. “Every year in Nessebar, Sozopol, Sveti Vlas tourists would get on the camels’ backs to have their picture taken. But in 1980, grandpa Gadakov sold the last of his animals to the zoo in Kyustendil, and that is how the tale of the Topolovgrad camels ends.”

Photos courtesy of the Municipal Museum of History, Topolovgrad On November 25, the Bulgarian Orthodox Church mark the memory of the great Bulgarian clergyman and educator St. Clement, Archbishop..