“Taming” nature around the Seven Lakes of Rila – where is it leading? 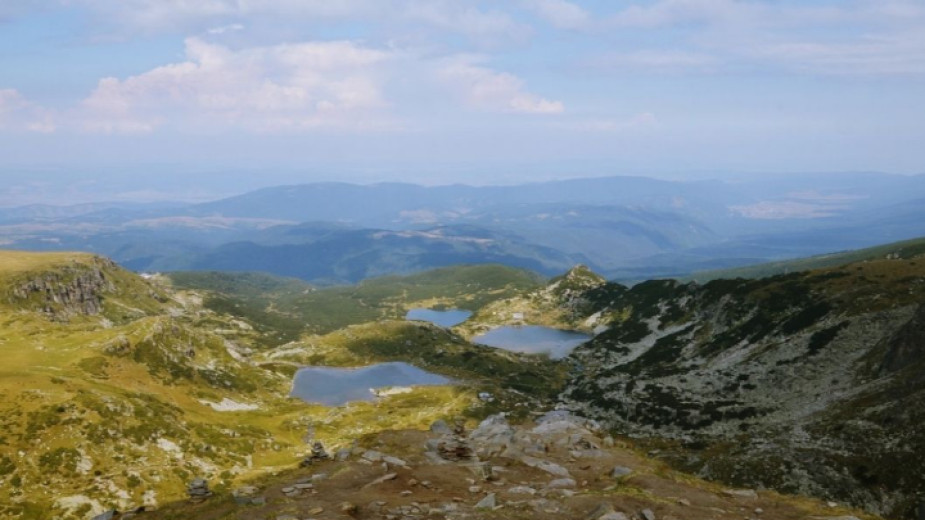 They are among the most amazing natural sites in Bulgaria, declared a protected territory together in 1992. They are visited by tourists (some of them from abroad) most of all in the months of July and August, a time connected with the Divine New Year for the followers of Peter Deunov. Every year, at the end of July, followers of his from the country and abroad start to build a camp where they spend the following three weeks. By a tradition, on 17 August, they clean up the entire area, and on 19 August, clad in white, dance Paneurhythmy around Bubreka Lake. Part of the E4 European long distance path also passes through the cirque of the Seven Lakes of Rila. To make access for tourists easier, last summer the Bulgarian state undertook what it called “renovation” of the tourist trails in the region of the Seven Lakes of Rila, under a project for the “sustainable management of Rila National Park,”, phase 2, financed under OP “Environment 2014-2020” and worth almost 7.5 million Leva. But just a few weeks after the start, the renovation of the surfaces and the railings was halted by the prosecutor’s office and the Ministry of Environment and Water, after which people started posting photographs on social media of excavators and heavy machinery at Bubreka Lake.

However, the repair work and the digging continues, say tourists who have been there in the past few days. Construction work has been going on at the lakes for more than a month, mostly in the lower portion of the cirque and around Bubreka Lake, Bozhidar Dokin from Rescue Team-Dupnitsa said for the BNR. Building material is only transported on horseback, and Rila National Park’s security are strictly monitoring that no earth moving equipment is used, he says.

“They are now constructing the pathway starting from Rilski Ezera (Rila Lakes) hut in the direction of Bubeka and, conditions permitting, the construction work will continue until the pathway from the 7th lake to Bubreka Lake is completed.” Around 300 metres of pathways have now been covered, part of the rails have also been put up. Hiker and environmentalist from Kyustendil Engineer Sevdalin Atanasov says that there should be no pathways leading up to the Seven lakes of Rila:

“Urbanizing the territory of the mountain up to an altitude of 2,500 metres – to my mind that is a crime.”

“To my mind, the Seven Lakes of Rila are not a tourist attraction. They are a wonder of nature, fortunately one of many in here, in Bulgaria.  I visited it for the first time three years ago, there was no decision back then for any kind of “improvement”.  All of this activity taking place up there is puzzling and I would say outrageous. If we wanted to walk on pathways and hold onto railings we would do that in city parks. Up there, at an altitude of 1,800 metres we all want to leave civilization behind, even if it is just for a few hours. Wanting to leave our human imprint everywhere – I find that outrageous,” Maya Shtarbanova comments. “This project is something that should leave none of us indifferent. It has to be stopped, but how we are ever going to apologize to nature, that is something we shall probably never find out.”

At the same time the “taming” of nature in Rila will continue. “Pathways and facilities like this exist everywhere in the world, and it was high time we had them at the lakes too,” this was one of the last comments on the matter made by Sapareva Banya mayor Kalin Gelev. The Seven Lakes of Rila are under his jurisdiction.

More about the history of the Seven Lakes of Rila.

Mountain biking lovers can add 14 new routes to the list of their favorite cycling routes. They are available on the tourism web site of Varna..