Many small villages in Bulgaria are at risk of becoming deserted but this is not valid for the village of Rogachevo, Balchik municipality. It is situated close to the town and sea, which has made it an attractive place for settlers from Bulgaria and abroad.

In recent years, both Bulgarian from the big cities and foreigners have bought properties in Rogachevo. In the summer, in addition to newcomers, many tourists also come here –mostly from neighboring Romania but also English, Irish, Russian. The locals are friendly to all "newcomers" and quickly accept them into their community. There are about 150 people living permanently in the village but during the summer the number of residents rises sharply. DilyanaGanevska is a young woman from Varna, who used to work in the capital, but last year she moved with her family to the village by the sea. She was attracted by the fresh air and tranquility, which is good for raising children.

"We have decided that if one works from home, it is better to beclose to nature and the sea," she says. “The problem with the lack of kindergartens in Sofia is also well known. Of course, living in a village has its drawbacks - the road to the city needs urgent repairs, transport is not well organised.”

Most of the new settlers in Rogachevo came in order for their children to have an unforgettable childhood. One can see many children playing in the streets.

"The pandemic opened people's eyes that life in small settlements is calmer, cozier, cleaner," Dilyana says. "Many people want to buy property by the sea and have started focusing on the northern part of the Bulgarian Black Sea coast.”

Pavlina Bonar, who is also among the newcomers, talks about the rising interest among Bulgarians and foreigners in the seaside village. She had lived in Switzerland for 20 years, but after the retirement of her Swiss husband she moved to Rogachevo without hesitation.

"It's completely different here; we feel free,"Pavlina says. “There are many things one can do here and the sea and the forest are nearby. We no longer leave Rogachevo, although we used to travel to Switzerland. In winter we have a fireplace, red wine, while in summer we work in the garden and go to the beach every day. Our neighbors are a big family from Ireland, but there are also Russians, English, and French.”

Compiled by: Gergana Mancheva /based on interviews by Nina Milosevic, BNR – Varna/ 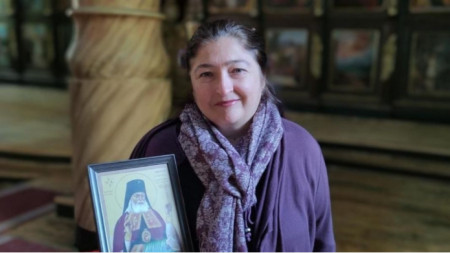 Nurse Kalina Miteva: Our work requires us to be merciful

Some people perceive the bright Christian holidays as a time for a short vacation. This is not the case for people employed in medical institutions, who must often work hard during weekends and holidays. "Faith in the Lord is what gives me.. Participants, friends and guests from Moldova, North Macedonia, Serbia and Bulgaria expect the International Children's Easter Festival in Bosilegrad, which has become a tradition for the Western Outlands. The forum has taken place every year.. A beautiful forest of 100 Japanese cherries is already growing in the Macedonia Park in the city of Blagoevgrad. The trees were purchased with funds raised from charity bazaars organized by Viktoria Andonova of the Blagoevgrad Cause Association,..

As a colorful addition to the European Night of Museums in Sofia (which takes place on May 14), the pedestrian zone in front of the National..

Some time ago we told you about the team of scientists from the Institute of Electrochemistry and Energy Systems (IEES) at the Bulgarian Academy..