The video was shot by a camera installed on the Council of Ministers building. In Nikolay Hadzhigenov’s words, the National Service for Protection has been hiding the footage until now. The National Assembly ad-hoc committee is to hear officials from the Ministry of Interior and the structures in charge of the protection of last year’s protests. Bulgaria is not considering evacuating diplomats from Ukraine yet

Bulgaria’s government has a plan concerning the withdraw al of  Bulgarian diplomats from Ukraine, if the risk of a military conflict in the region increases.  Bulgaria will  send planes to evacuate diplomats, if necessary,  this.. 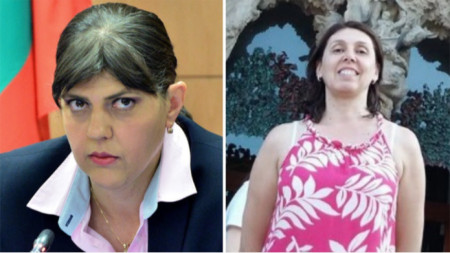 Reducing tension s is a top priority for the Bulgarian government ,  Premier Kiril Petkov noted at an extraordinary sitting of the National Assembly. Bulgaria’s Parliament requested the hearing of Premier Petkov, Bulgaria’s Minister of.. Personal trust in President Rumen Radev in the beginning of his second term of office is 58.5%. Rumen Radev continues to be the most-liked figure in..