Nature has sculpted enchanting natural phenomena in the region of Devetaki Plateau. Devetaki Plateau is located at the foot of the Balkan Mountains (Stara Planina). Its northwestern border is clearly defined- shaped edge over Osam River and on the north it extends all the way to the Danubian Plain. One third of the plateau’s territory is covered by forests, which are habitat to many animal species such as deer, foxes, wolves, wild boars, hedgehogs, wildcats, etc. Protected amphibians and reptiles can be found on the limestone rocks. The area is inhabited by more than 80 bird species.

The village of Karpachevo is located on the northern end of the Devetaki Plateau. The old houses attract connoisseurs with their stone masonry construction. Petya Genkova and her partner Vladimir Vasilev discovered the charm of this Bulgarian village quite accidentally and settled there before the outbreak of the coronavirus pandemic. “We wanted to settle in a small, pretty and calm village and we found ourselves in the village of Karpachevo”, said Vlado.

Petya and Vlado used to live in Bulgaria’s capital Sofia where they had their own language school. When they settled in Karpachevo they wanted to make a snail farm. However, their first snail delivery failed because of the coronavirus pandemic and they planted their land with potatoes. We have a very large yard- nearly 0.4 hectares. We also bought another piece of land- 0.5 hectares. There we produce organic vegetables without the use of any chemical substances. We work very hard and we haven’t got the chance to repair our house yet, explains Petya. – It turned out that our friends are interested in organic food and we mainly sell our produce to them.”

We met Petya and Vlado during the annual music festival “Jazz Under the Stars at the Devetaki Plateau”.

“Undoubtedly, this is perhaps the most significant event in the area of the Devetaki Plateau, says Vlado. – It is organized by the Devetaki Plateau Association, which includes ten villages- Karpachevo, Krushuna (where the beautiful Krushuna waterfall are located), Gorsko Slivovo, Kramolin, Agatovo, Brestovo, Kakrina (famous with the Kakrina Inn- the place of capture of Bulgaria’s Apostle of Freedom Vasil Levski), Chavdarsti, Tepava and Devetaki. The Devetaki Cave is also located in the area. In fact, the Devetaki Plateau itself is a very beautiful place and is a habitat of many animal species. Our village attracts many tourists.” The village of Karpachevo has nearly 60 permanent residents, most of them retired. Its residents of working age are employed in the nearby towns. The architecture of Karpachevo is specific. Architects from different parts of the country visit the village to study the construction methods of the old master builders who used clay, stones and lime.

There are projects that fill us with hope that the area will be revived, Petya said and added:

“Thanks to Devetaki Plateau Association the mill which is located at the entrance of the village will be renovated and will be turned into a Tourist Information Center. It will host different trainings connected with the development of tourism and other activities. It is expected to be unveiled later this autumn.” One year after the beginning of their adventure in Karpachevo, Petya and Vlado are happy with their choice. Are they optimistic though?

“Absolutely. We found ourselves in this village accidentally, but it turned out that we are in the right place”, contends Petya. 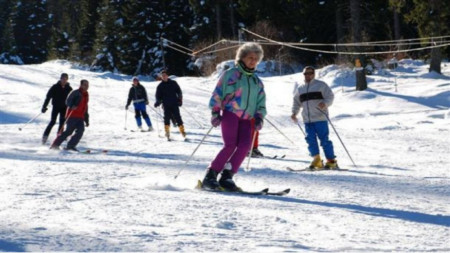 Where to go in Berkovitsa for a winter’s weekend?

Instead of going to the packed ski resorts Borovets, Bansko and Pamporovo, more than a few chose to celebrate New Year’s Eve 2022 in Berkovitsa, a small town nestled at the foot of peak Kom in the Balkan Mountains. Hotels, guest houses.. 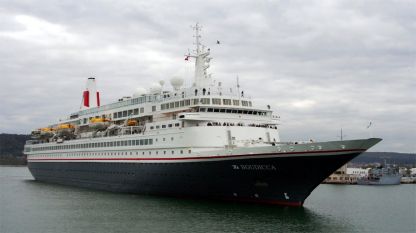 Heightened interest in tours expected in the tourist industry

At the beginning of 2022 tour operators in Bulgaria are a bit more optimistic, expecting the share of travel and revenues from tourism to go up, says Pavlina Ruseva from Future for Tourism Association. Nevertheless, she says that recovery.. 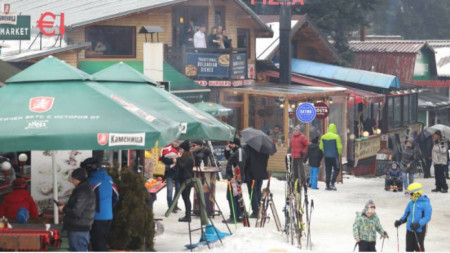 “The predictions of more tourists, including foreigners, this winter season have come to pass and that is good news. There is significant interest in our resorts, and they are now full, there are no cancellations,” Rumen Draganov, Director of the.. The diverse cultural and historical heritage and tourist potential of Veliko Turnovo is to be presented at the biggest specialized tourism fair in..