In October the price of natural gas will go up by more than the 16 % projected during the summer, a leading energy provider says. The Energy and Water Regulatory Commission explained this with the hike in prices on the European exchanges, which have gone up by 50% during the past month as a result of the increased demand for gas. This has meant there are three crises overlapping in Bulgaria, with political instability and the energy storm added to the pandemic.

“We have been discussing these issues and are looking for a solution. The caretaker government has been making efforts so that all consumers will have energy and it will be within the best price range,” said caretaker Prime Minister Stefan Yanev. The measures the government is proposing include financial assistance to businesses and tightening of control over the Independent Bulgarian Energy Exchange and the transactions executed. Payment of 50 Leva per every MWh of electric energy used is one of the steps the government is proposing as compensation for the high price of electricity for businesses. Estimates show that this step will cost 650 million Leva (325 million euro). However, any financial measures can only come into effect after the budget is updated by a hypothetical new government, and they can be extended provided funding for them is set down in the state budget for 2022.

“In the past two months Bulgaria has had the lowest prices of energy within the EU. The price of electric energy for households will not be changed, at least in the coming three months,” Ivan Ivanov, chairman of the Energy and Water Regulatory Commission says. Besides steps to bring down the price of energy for businesses, the caretaker cabinet is also mulling the establishment of a working group to analyze the options for the creation of new nuclear capacities in this country. The discussion is obviously political rather than technical, and without a regular government no sustainable decisions can be made, trade unionists say. It is also a very important social issue. This country is last-but-one in the EU in the percentage of working people who cannot afford to keep their homes adequately warm in winter – 40%, according to Eurostat. On their part businesses are demanding quick and workable decisions so as to prevent loss of jobs, as a counter-inflation measure, but also as a response to the effects of the corona-crisis.

“The biggest price spike here was at the end of July and the beginning of August, when electric energy prices per MWh reached 200 euro. Energy-intensive industries cannot operate at such a price because to them electric energy is a raw material and a basic component of the price of the commodities and services they sell. Some enterprises even shut down as they cannot afford such a loss over a long period,” says Dobri Mitrev, chairman of the Bulgarian Industrial Association and adds that the most difficult times for businesses are yet to come: “We are talking about the hardest winter months – up until March. I think that еven a sum below 1 billion leva (500 million euro) would throw small and mid-size businesses in Bulgaria a lifeline. If the government intervenes, businesses in the country will manage.”

Against the backdrop of the unusual situation in the world as a whole, observers in this country say there is one more problem – the export of cheap energy produced in this country, as well as the fact that work on the Bulgaria-Greece gas interconnector has, to all intents and purposes been halted, an interconnection that could provide some breathing space with cheaper gas from Azerbaijan.

“The current government is limited in its ability to do much because there is no functioning parliament. But there are mechanisms for finding reserves by making economies,” says Slavcho Neykov, chairman of the board of the Energy Management Institute. Bulgaria to work for introduction of the euro in 2024

Prime Minister Kiril Petkov has reaffirmed the government's commitment to adopting the euro. Petkov told Bloomberg TV Bulgaria that public support for the introduction of the single currency needs to be actively strengthened. "The.. 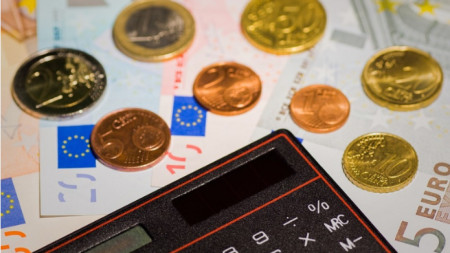