Bulgaria and North Macedonia mourn together

Fire took the lives of 9 Bulgarian citizens, hours later 46 citizens of the Republic of North Macedonia lost their lives in an inferno on Struma motorway

Today people in Bulgaria and in North Macedonia mourn the 55 human lives lost to two different fires. In the space of less than 24 hours two terrifying tragedies shocked the two countries. The first, on the night of 22 November, took the lives of 9 senior citizens at the nursing home in the village of Royak near Varna. In the second incident, just after 2 AM on 23 November, 46 Macedonian citizens were consumed by fire in a deadly bus crash on Struma motorway. Both fires broke out in mere minutes, leaving the casualties no time to react. The first was probably caused by a short circuit, as to the second the investigation is yet to establish the cause. The Republic of North Macedonia declared three days of mourning yesterday over the huge loss of life, including 12 children. Today Bulgaria too declared a day of mourning, as it looks for the causes of the crash.

News of the tragedy on the road elicited a wave of empathy in the country, including on social networks where public figures called for compassion for the family and friends of the casualties: “To my many relatives, friends and colleagues from North Macedonia I convey my heartfelt condolences for the loss of human life in tonight’s tragic incident in Bulgaria,” journalist Kostadin Filipov, long-time correspondent for the BNR and BNT in Skopje wrote on Facebook.

Dozens laid down flowers at the embassy of the Republic of North Macedonia, mothers left toys in memory of the children killed. “It can leave no one indifferent,” said Geri Turiiska for bTV and added: “I hope this will serve as an example that in the Balkans, we are one people and it makes no difference what our flags are!”

The investigating authorities in Bulgaria are doing everything they can to establish the causes of the crash. Expert reports will be assigned to track the movement of the bus. Unfortunately, there is no way to establish its speed:

“The tachograph is burnt to a cinder, the bodies are absolutely charred, which means that even if the driver had a heart attack there is no way to know that because no autopsy can be performed,” Hristo Radkov, chair of the Bulgarian Association of Motorists said for Bulgaria ON AIR.

The investigation is working on two main theories – vehicle breakdown and driver error. There is a third theory – that the road section itself is misleading to drivers, and in failing light, they can lose their sense of direction, as the curve of the crash guard barrier on the right-hand side is steeper than the road bend itself.

Diana Russinova from the European Centre for Transport Policies said, for the BNR, that in this section there are no traffic signs, no road surface markings.

“A motorist driving for a long time along a road with diminished visibility, constantly staring at the road, will endure fatigue and will, inevitably make a mistake, and that is probably what happened. Losing control might be one of the reasons because, under European law, after midnight vehicles with a tachograph must take a rest every three hours.”

On his part Georgi Iliev, former investigator from the National Investigation Service commented, for public service TV, BNT, that “it is the prime task of the investigation to establish whether the fire broke out before or after the bus hit the crash guard barrier and what it was that burnt for so long. For there to be an explosion, flammable vapours from a volatile substance must have built up inside the bus itself,” the expert says.

As to the fire that broke out at the nursing home, the main theory is of an electrical fault. The fire broke out on the third floor but, according to experts it probably started from the roof. Five firefighter teams arrived on the scene right away, and two volunteer doctors examined the survivors, who were put up at a municipal hotel. They have been provided with food and medicines and are being taken care of by the staff of the nursing home.

The two tragedies elicited a wide response outside Bulgaria. The European institutions described the road accident in Bulgaria as the deadliest bus crash in Europe in 10 years. Politicians and officials from different countries expressed their condolences to the people in the two countries. 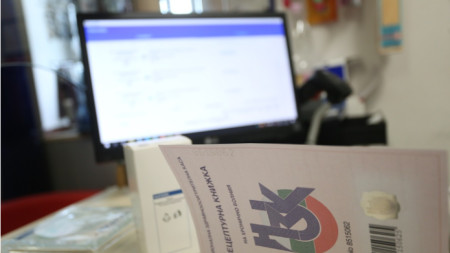 At the beginning of May, the well-known paper prescriptions which every Bulgarian patient goes to the pharmacy did not disappear. The idea was to switch completely to prescriptions in electronic form this spring, but this proposal was attacked by.. 92 Bulgarian municipalities increased their population due to migration с n 2021.  The upward trend is mostly in big cities, a reversal of the tendency from 2020 when, due to the Covid pandemic, the population in large municipalities declined, the.. More than 101,000 Ukrainians have found refuge in Bulgaria, most of them – over 63,000 – are women and children. And even though many of the people who have fled the war in Ukraine plan to return, it is not at all clear when that will be..