55 hours free "Awakening" with the film by Nikolai Urumov

How Bulgarian traditions and folk psychology coexist with the modern way of life and understandings of success. Film director Nikolay Urumov is trying to answer this question in his short film Awakening. In it, Urumov directs us to the important things in life, guided by the understanding that it is most difficult for a person to look inside himself, and the answers to all questions and true values are hidden there. The director himself goes through such a deep insight into himself and undergoes a radical life change. As a child, his great passion was music, which led him to the recognition of being the youngest composer to participate in the international festival of pop music "Golden Orpheus" in 1997, when he was only 21. A year later, he left with a third award from the same forum, but this time as a performer. Today he prefers to tell stories in images that touch us and make us think.

The premiere of his latest short film "Awakening" was on December 10, and until the end of Sunday anyone who wishes can completely freely (on noblink.bg) get a first-hand experience of the talent of actors such as Yana Titova, Svezhen Mladenov, Victoria Koleva, Anna Bankina, Polin Lalova and Vasilena Vincenzo.

Another recognition for the creative talent of the children from Pleven

Talented children from the Pleven-based art school "Kolorit" performed brilliantly at the International Festival of Arts "The Bulgarian Soul of the Holy Land" held in Israel. The event unites through creativity Bulgarian children living in.. 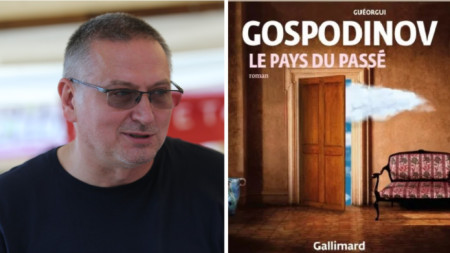 Zdravka Evtimova is holder of the Mihai Eminescu international academy award for prose for 2022, the Bulgarian PEN centre has announced. The..