The government has extended, until 15 April, the right of foreign citizens or stateless persons, who have fled Ukraine and have entered Bulgaria, to obtain temporary protection without their express declaration of intention and registration for temporary protection. This means that the people who have not yet obtained status and hotel operators who have put them up can be sure of receiving support from the state, the government press service has announced.

23,000 Ukrainian citizens now have temporary protection status in Bulgaria. Their number has gone up by 4,000 in the space of one day. There are 59,600 refugees currently in Bulgaria, 22,000 of them are children. 39,600 have been accommodated at hotels and vacation facilities, the #BGforUkraine single portal shows. 130,300 Ukrainians have entered the country since the start of the war in Ukraine. Less than half have remained in Bulgaria.

More than 3.9 million Ukrainians have fled the war, almost 39,000 having left Ukraine in the past 24 hours, according to the United Nations High Commissioner for Refugees, an unprecedented refugee wave in Europe since 1945. The refugees fleeing Ukraine include almost 200,000 citizens of other countries. The highest number of Ukrainians have crossed over into Poland – more than 2.3 million. 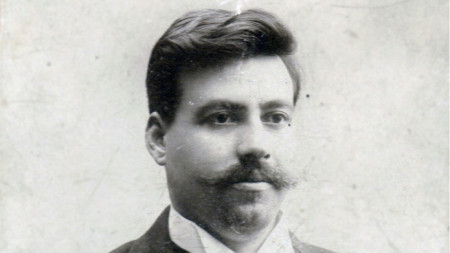 Bulgaria and North Macedonia celebrate the 151st anniversary of the birth of Gotse Delchev - ideologist of the struggles for the liberation of Macedonia and Adrianople from Ottoman rule.  There is an increased police presence around the St. Spas.. Volodymyr Zelensky: Negotiations on Ukraine's EU accession could start as early as this year

European Commission President Ursula von der Leyen said on Friday there were no rigid timelines for Ukraine to join the European Union . After meeting Ukrainian President Volodymyr Zelensky at an EU-Ukraine summit in Kyiv she commented the country’s..