There are a great many many symbols and messages encoded into Bulgarian folklore rhythms and Bulgarian embroidery, which, in olden times, were believed to have magical healing and protective properties. In search of a new, less commercial way to express our national character, animator Silviq Vladimirova reaches out to create an intriguing synthesis of the secret codes of music and embroidery.

“My work as an artist, creating some of the national costumes that competed at the festival in Zheravna afforded me a glimpse into all kinds of embroidery,” the artist says. “But what we have been seeing of late as a trend – to have embroidery on clothing, on jewellery, prints of all kinds – to my mind that is a superficial way of looking at it, and what I wanted was a more in-depth look at the symbolism of embroidery.”

That was how the idea came into being for the animated short film EMBROIDERY, combining the beauty of embroidery, Bulgarian folklore and the more modern rendition of folk songs. The animated film consists of highly stylized digital images of embroidery, and is studded with traditional symbols and images – sun, ears of wheat, a priestess, the tree of life, dancers, elements from the lives of Bulgarians. The story is based on a typical Bulgarian fairy tale – a lass abducted by a dragon and a young man who frees her. But it is more than an animated adaptation: “It is a tale about forgiveness,” Silviq Vladimirova says. “The dragon is vanquished, though not slain, as in the fairytale. I am not going to give any spoilers because that is an important highlight in the film, but the story unfolds as a full-blooded fairytale – there is good and evil, there is a battle, and yes, good does win but in a different way, with different means of expression. I want to know what the feedback is after the end of our work on the film, whether this idea got through to people.” Music is an important element of this folklore tale – inspired by Bulgarian folklore and refracted through the prism of Ivan Shopov and the talented folk singers from Avigeya Voices. The blend of electronic sound and a folk song is actually what drives the story forward, from beginning to end.

“I believe that animation plus music is a much more interesting and appealing way of popularizing traditional embroidery. All the more so that Ivan Shopov’s rendition is so interesting. It somehow brings it closer to us as a generation than any classical rendition would,” the artist says. The trailer to the movie which Silviq created, with the help of the animator frame2std, and with the support of the National “Culture” Fund is now ready, its final version, popularizing folk music and the beauty of Bulgarian embroidery, will be released at the end of summer.

“What we want to demonstrate is that embroidery is more than stylized shapes of flowers and different figures, it brings out our character. Embroideries are a unique code, their simplicity provokes us to take something simple and build on it. We have researched the information each symbol carries, and we have told the story in a different, stylized way. The figures resemble origami, but the story will also evolve visually, and by the end will look as if it was embroidered. And I hope it really will convey something to people and that they will be able to perceive it as one whole with the code of the music,” Silviq Vladimirova says.

On June 25, the ruins of the medieval fortress Cherven near Ruse will become the venue of the first Festival of Ritual Bread, organized by the Regional Historical Museum in the city. The participants will show ritual breads, which are an integral part of.. 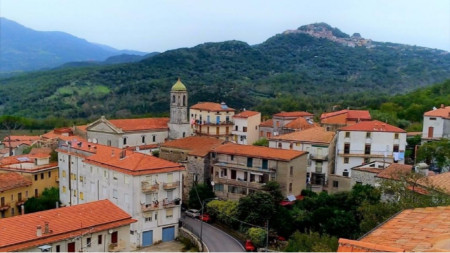 The Italian Municipality of Celle di Bulgheria will be the guest of honor at the folklore festival "Petrovska Kitka" held in the town of Veliki Preslav, Northeastern Bulgaria. The expected event will take place from June 24 to 26, and will.. The story of Midsummer's Day is like a beautiful fairy tale about the magic of herbs, youth and beauty. I t's a tale that we are happy to recall every year on June 24 to tell our children and thereby introduce them to folk wisdom and tradition...