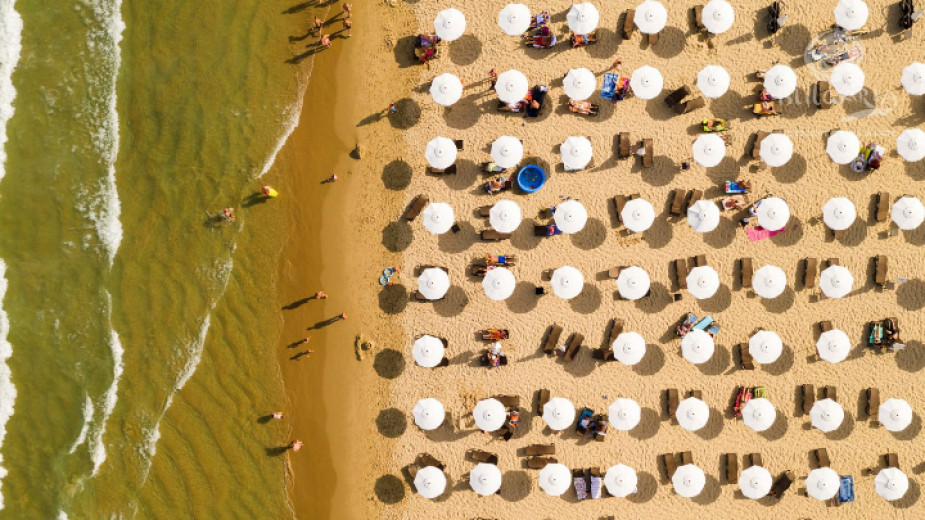 One of Bulgaria’s oldest and most beautiful seaside resorts has been preparing to celebrate its 65th anniversary. On this occasion, a photo exhibition has opened in the Club of Members of Parliament in the National Assembly. The old photos that have captured some of the most significant moments in the development of Golden Sands will remain in the parliament until June 6th. After that the exhibition will move to Terminal 2 of the Sofia Airport, where it will remain until the end of June. “Golden Sands” is one of the three major summer holiday complexes in Bulgaria and has become a favorite destination for millions of tourists from around the world. The first sod of the resort near Varna was made on August 11, 1956 and its official opening was on June 30 a year later.

The beach of "Golden Sands" is 3.5 kilometers long and 80 to 120 meters wide. There are more than 90 modern hotels with first-class restaurants and swimming pools welcoming their guests every summer. The restaurants with traditional Bulgarian cuisine and original folklore program provide the guests  with unforgettable moments. Golden Sands resort also attracts many young people, who enjoy water skiing, surfing, scuba diving, going to night bars, concerts, festivals, and tons of other activities and entertainment. The history of Golden Sands is also very interesting. In the past, an ancient Roman road passed through the place and traces of the presence of the ancient Thracians have also been discovered. On the site of today's Sea Casino, ships used to fill fresh water under a trade charter signed in 1230 by Bulgarian Tsar Asen II and the maritime republics of Dubrovnik, Venice and Genoa.

As early as 1915, the Skorpil brothers, founders of Bulgarian archaeological science, were the first to promote their idea of building a sanatorium and summer homes on this site. Karel Skorpil grabbed a handful of sand and told the commission: “Look how clean and yellow the sand is. This is ‘golden sand.’ The weeds can be cleared for two or three days.” He managed to convince the authorities that the place is a beautiful beach and the next day a team of sailors started clearing the area. Today “Golden Sands” is one of the most famous and visited Bulgarian seaside resorts.

The 65th anniversary of "Golden Sands" will be celebrated with a rich program. Festivities start on June 11 with the support and assistance of the Ministry of Tourism, the Ministry of Foreign Affairs and the Municipality of Varna. Everyone is invited.