Bulgarians often refer to the fragrant oil-bearing rose, which has been grown for centuries in the picturesque Bulgarian towns of Karlovo, Kazanlak, Strelcha and Perushtitsa, as “Queen Rose”. For more than 40 years an annual pageant called “Queen Rose” has also been organised in Karlovo. But why is this rose a “queen”? It is not just because of its exquisite aroma and beauty. The pink flowers, carefully collected early in the morning could actually make someone's dream of great wealth come true.

It happened before and it might become true again.

The first information about the rose dates back to antiquity, when Greek chronicler Herodotus mentioned that the most fragrant roses grow in the Thracian lands. Information about the oil-bearing rose dates back to the 13th century when during the Eighth Crusade launched by Louis IX, one of the participants brought the Rosa Damascena from Damascus to France. Later in the 18th century it was brought by the Ottoman Turks to the valleys of Bulgaria at the foot of the Balkan Mountain. This geographical area provides the most favorable conditions for growing roses. That is how the rose entered the life of Bulgarians and the economy of the country. Due to its great importance, the area is named the Rose Valley of Bulgaria. The greatest rise in the cultivation of roses and the extraction of rose oil happened in the 19th century when rose oil trade developed as a family business. This provided a livelihood for nearly 200,000 Bulgarians.

The reason for the rapid growth in the cultivation of roses is the traditionally high price abroad. The first large rose oil traders emerged and they opened their representative offices in cities like Edirne, Istanbul, London, New York, Vienna and others. Brothers Hristo Puliev and Nikola Puliev from Karlovo were among those who accumulated serious capital. At that time the price of Bulgarian rose oil was equal to the price of gold. Due to the exceptional quality of Bulgarian rose oil, it is still greatly valued and sought after by producers of high class perfumery and cosmetics. Bulgarian rose oil is a major component in expensive perfumes such as Just Pink by Cavalli, 5th Avenue by Elizabeth Arden, City Glam by Armani, Clive Christian's luxury perfumes and many others.

Today, despite the great economic importance of roses, the number of rose plantations in Bulgaria has been declining. The reason for this is the labor-intensive work of harvesting and processing roses, combined with the low purchase price of the harvested flowers. Farmers say that due to the high costs of cultivation and maintenance of rose plantations, other crops have become more profitable for them.

A big problem is that there is a lack of targeted assistance from the state to protect this traditional Bulgarian business against the backdrop of the economic crisis and galloping inflation. This year, one kilogram of Bulgarian rose blossoms is bought for about 1.25 euros per kilogram. 3,000- 5,000 kilograms of rose blossoms are needed for the production of 1 kg of rose oil. The Bulgarian rose oil is well-known and respected around the world because of its qualities. It is obtained from the best and lightest flowers of the rose. It has a yellow-greenish color and a specific pleasant aroma. It contains many valuable ingredients for human health, so in addition to cosmetics, it is also used as an aromatic food spice. Aromatic rose tea with calming effects is also produced. One can even make jam of rose petals, which are also used in the production of Turkish delight. 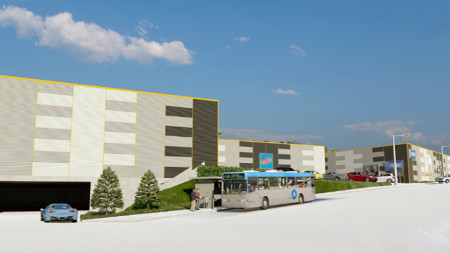 Chirpan will soon have its own shopping park

A new investment project in Chirpan will bring employment to about 100 people. The investor in a new shopping park is a company based in Stara Zagora which is building similar ones in three more towns- Gorna Oryahovitsa, Dimitrovgrad and Haskovo...

Without reforms, Bulgaria has seen an increase in economic freedom

Bulgaria rose from 36th to 23rd place among 165 countries in the ranking " Economic freedom around the world 2022 ". The study, presented in Sofia by the Institute for Market Economics, is done every year by Canada's Fraser Institute . Bulgaria's..

Businesses have demanded compensation for high electricity prices. In a letter to the prime minister and ministers, employers' organizations remind that the current compensation scheme expires in September and call for urgent measures. A possible delay..

After a dramatic decline in August 2022, one month later there is an albeit slight improvement in the business climate in industry, retail trade and..

The general producer price index has increased by 8.7% in August 2022 compared to the previous month , NSI data show. A significant growth was registered..