A Russian missile strike on a crowded mall in the Ukrainian city of Kremenchuk killed sixteen people and injured fifty nine. According to Ukraine’s President Volodymyr Zelensky, some 1,000 people were estimated to be inside the mall at the time of the attack. Volodymyr Zelensky described the attack as “one of the most brazen terrorist acts in European history”. “Only totally insane terrorists who should have no place on earth, can strike missiles at such an object”, President Zelensky said. “”Russia became the biggest terrorist organization in the world. And everyone in the world must know that buying or transporting Russian oil, maintaining contacts with Russian banks, paying taxes and customs duties to the Russian state means giving money to terrorists”, Volodymyr Zelensky further said.

Ukraine has requested an emergency meeting of the UN Security Council after the latest missile strike. U.N. Spokesperson Stephane Dujarric called the attack in Kremenchuk “deplorable”. US Secretary of State Antony Blinken expressed his outrage in a tweet: “The world is horrified by Russia’s missile strike today, which hit a crowded Ukrainian shopping mall. We will continue to support our Ukrainian partners and hold Russia, including those responsible for atrocities, into account”. The leaders of the G7 released s a statement to condemn “the abominable attack on a shopping mall in Kremenchuk”. “Indiscriminate attacks on innocent civilians constitute a war crime”, the statement read. Moscow’s Deputy Ambassador to the United Nations Dmytry Polyanskiy accused Ukraine of orchestrating the attack. “Looks like we are dealing with a new Bucha-style Ukrainian provocation”, Dmytry Polyanskiy wrote on Twitter.

At least 8 civilians were killed and 21 were wounded in a Russian missile attack on Lysychansk, Serhiy Gaidai, Governor of the Luhansk region said. Russian shelling in Kharkiv killed at least 4 people and injured 19, Governor Oleg Sinegubov said.

There will be a fundamental shift in NATO’s deterrence and defense at the forthcoming NATO Summit in Madrid this week, NATO Secretary General Jens Stoltenberg announced. “I expect it will make clear that Allies consider Russia as the most significant and direct threat to our security”, Jens Stoltenberg said. 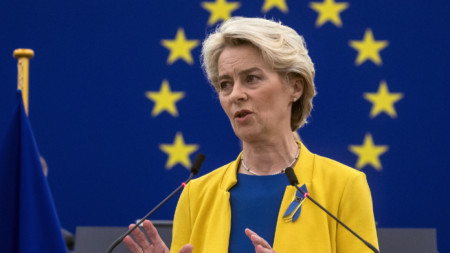 European Commission President Ursula von der Leyen is to meet with Bulgarian President Rumen Radev and the President of the Republic of North Macedonia Stevo Pendarovski during her visit to Bulgaria , BNR’s correspondent in Brussels reports, citing..

Around 20% of Bulgarians over 18 have heart problems and diabetes

On World Heart Day, 29 September, the Bulgarian Society of Cardiology released the results of a social survey at a press conference in Varna. The survey was conducted by telephone interview from 17 June to 3 July among 9,835 respondents, the Bulgarian.. 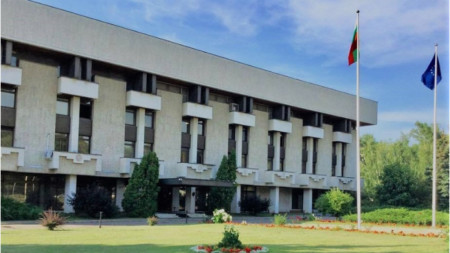 No Bulgarians have requested evacuation from Russia as yet: Caretaker foreign minister

“There is no accurate information how many Bulgarians there are in Russia,” Foreign Minister in the caretaker government Nikolay Milkov said at a briefing. “Bulgarians with dual citizenship are treated as Russian citizens as long as they are..