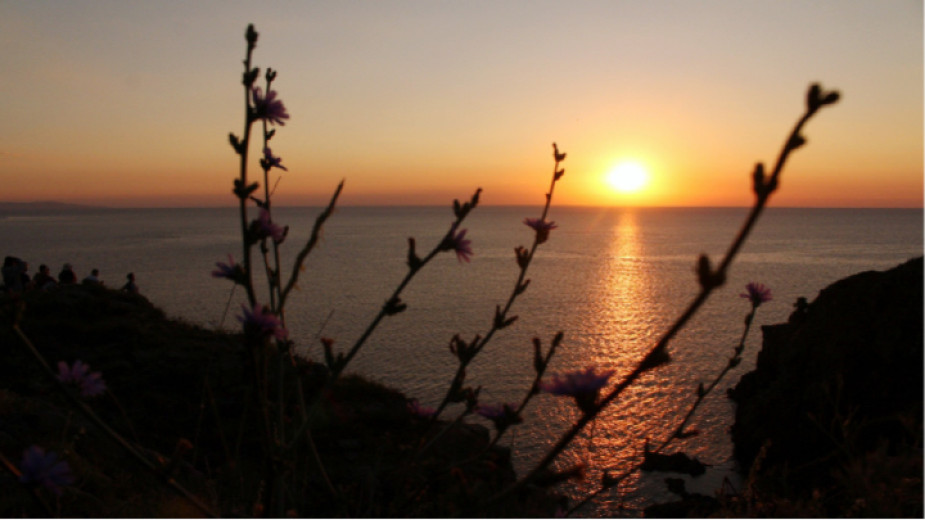 Welcoming the first morning of July on the Bulgarian Black Sea coast to the sounds of music has become an established tradition full of positive feelings, which is observed and passed down to new generations. The celebration is influenced by the hippie movement and the free spirit of the 1960's, but welcoming the first rays of July sunshine is a tradition that exists only in Bulgaria. The beginning was set 42 years ago in the city of Varna and later the celebrations moved further northeast to the picturesque Kamen Bryag. For decades, the main participant in the rich music program there was John Lawton, vocalist of the rock band Uriah Heep. Lawton passed away on June 29, 2021. The tradition that has gained popularity among Bulgarians as "July Morning" will also be observed this year in the area of "Ogancheto" near Kamen Bryag with performances by Bulgarian rock bands. A special guest to the event is the legendary vocalist of "Rainbow", "Alcatrazz" and "Michael Schenker Group" - Doogie White, who together with the Bulgarian rock band "John Steel" will have a concert presenting some of the world's biggest rock hits. When sunrise comes, he will perform Uriah Heep's iconic song "July Morning" from 1971. The concert starts an hour before midnight and will last until 6:00 in the morning.

The Black Sea coast near Cape Shabla - the easternmost point of Bulgaria is the place where people will first welcome the sunrise. Fans of tent camping and nature lovers will also welcome the sunrise in the region. One of them is Nikita Georgiev, who is attracted by the beauty of this area and this is not his first time celebrating July Morning on the beach:

"Many people who spend their summer vacation at the northern part of the Bulgarian Black Sea coast come here with tents. There is a camping area and we all gather at dawn. The feeling to see the sun rising and all the people rejoicing together is amazing. I hope more people will spend time on our Black Sea coast instead of traveling elsewhere."

One of the main landmarks of Cape Shabla is the oldest and tallest lighthouse on the Bulgarian Black Sea coast, built back in 1856. The Shabla Tuzla coastal lake, famous for its healing mud, is nearby, as well as the area known as the Little Sea, where this year a concert dedicated to July Morning will also take place. It is organized by the “Club of Varna Musicians", with the support of the Municipality of Shabla:

"It has become a tradition in Shabla to welcome the first morning of July,” mayor Marian Zhechev says. "Whether it originated from the Varna beach or in Kamen Bryag is still unclear, but many people of the free spirit who are looking for a relaxed atmosphere welcome the first day of July here."

Many Bulgarian rock artists will be on stage by the shore. Of course, the emblematic song "July Morning" will also be performed:

"I have been coming here for 4-5 years," says Nadezhda Velkova, who is here especially for the International Petanque Tournament, organized for the 18th consecutive year by the Lazur Petanque Sports Club - Shabla. “I like the people, the mood; we play petanque, we gather with friends. We also welcome the sunrise on July 1. It is very nice to spend the whole night on the beach, dancing and singing. A truly wonderful experience!” Large community of Czechs and Slovaks settled in Bulgaria in the 19th century, driven by ideas for Slavic unity

The first organization of Czechs and Slovaks in Bulgaria has 130 years of history. According to historical records, back in the 80s of the XIX century, there were already about 100 Czechs in Sofia. At that time they did not have their.. On the threshold of the New Year 2023, celebrations across Bulgaria promise lots of cheer and merrymaking.  In Varna, outdoor party-goers will enjoy a festive concert and fireworks on"Independence" square. In the program "Together in the New Year's.. Contest preserves and promotes the Bulgarian tradition of "survakane"

For a second year in a row, the community center "Vasil Yordanov - 1942" in the village of Nova Cherna near Tutrakan in northeastern Bulgaria organised the contest "Survaknitsa - traditions are alive". The aim is to preserve the..