Today, President Rumen Radev hands over an exploratory mandate to form a government to the candidate for prime minister, nominated by the first political force in parliament "We Continue the Change". The party has a week to propose a cabinet project.

If it failed, the mandate would go to the second largest force - GERB-SDS, but the coalition has already stated that they will not form a government within this parliament. After that, according to the constitution, the head of state can select a third party to receive a mandate.

At the beginning of the week, the president held consultations with the parliamentary forces, with the exception of "We Continue the Change" and the BSP. The two parties did not come because of a meeting on the update of the state budget. For the first time, Bulgaria's head of state will hand over an investigative mandate to the largest party without meeting with its representatives. 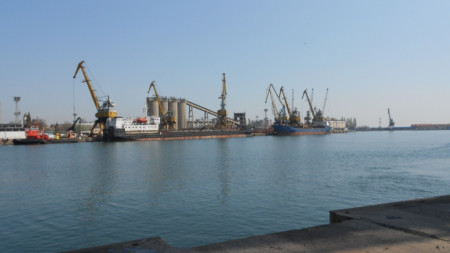 Bulgarian ports will not be able to function if Lukoil Neftohim Burgas ceases operations . In a statement to the President of the National Assembly, the Prime Minister and four other ministers, the Bulgarian Association of Tug Owners warned that this..

Two people were injured after last night's chase between police and a SUV carrying 18 illegal migrants on the road between Elhovo and Burgas. An Iraqi woman and a Syrian child were slightly injured in the incident.  The driver, a Georgian, was..

Bulgaria will continue its diplomatic efforts to join the Schengen area by the end of the year , Deputy Foreign Minister Kostadin Kojabashev assured.  President Radev to Dutch PM Rutte: Bulgaria's non-admission to Schengen is not in the EU's interest..