The Socialists are ready to is ready to resume talks to form a new government, after outgoing Prime Minister Kiril Petkov announced that the current Finance Minister Assen Vassilev will be nominated as prime minister.

Leftist leader Kornelia Ninova said the BSP would will insist on a clear program, which she said was lacking until now. In Ninova's words, it is obvious that the BSP has different opinions on a number of issues with We Continue the Change, with Democratic Bulgaria and with There is Such a People (ITN), but the desire to transform Bulgaria's governance model united them. Ninova called on her colleagues to focus on their common ground for the sake of Bulgaria's stability and the peace of mind of Bulgarian citizens. The President of the Republic of North Macedonia Stevo Pendarovski congratulated Azerbaijan, Bulgaria and Greece which are helping connect the entire region. At the ceremony in Sofia for the official launch of the Greece-Bulgaria gas.. 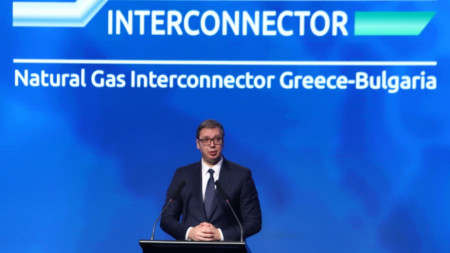 The President of Serbia Aleksandar Vucic congratulated Bulgaria and Greece on the successful completion of the Greece-Bulgaria gas interconnector at the ceremony for its official launch in Sofia . In Aleksandar Vucic’s words, at the beginning..

The season for group hunting of wild boar and small wild game is now open and will continue until the second Sunday of January, 2023. Every year the individual and group hunting of small local and game birds takes place on Saturday, Sunday and..

The President of Serbia Aleksandar Vucic congratulated Bulgaria and Greece on the successful completion of the Greece-Bulgaria gas interconnector at the..