A meeting between the Minister of Foreign Affairs, Teodora Genchovska, and the Ambassador of the Russian Federation, Eleonora Mitrofanova, was held today, July 1, 2022, before noon, at the insistence of Russia. During the talks, Minister Genchovska stated Bulgaria's position, asking Russian ambassador to withdraw its note verbale of 30 June 2022. The Prime Minister, the Acting Speaker of the National Assembly and the Presidential Administration will be informed about the meeting.

Russia’s presidential press secretary Dmitry Peskov stated that the question of the possible closure of Russia’s embassy will be examined by Moscow, and if necessary, the matter will be reported to President Vladimir Putin. His comment comes in response to the note by the Russian ambassador to Bulgaria and her statement by Ambassador Mitrofanova that she will propose to the Russian Foreign Ministry to close the Russian embassy in Bulgaria because of the refusal of outgoing Prime Minister Kirill Petkov to cancel the expulsion of Russian diplomats.

According to the Russian ambassador, the closure of the Russian diplomatic mission will inevitably lead to the closure of the Bulgarian mission in Moscow. Petkov urged Russian authorities not to comply with Mitrofanova's request and the BSP proposed that the National Assembly obligate the prime minister to temporarily suspend the decision to expel Russian diplomats and the government to restore dialogue with Russia. The Ministry of Foreign Affairs has called for refraining from traveling to the Russian Federation because of the worsening situation there. Bulgarian citizens in Russia are advised to consider the possibility of urgently leaving.. 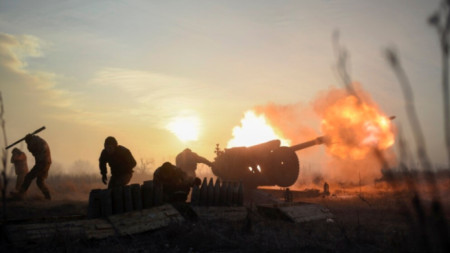 Fighting continued during the last day of the referendums held in the occupied Ukrainian territories. Moscow is expected to announce the results as early as September 27 and by October 1 the State Duma will formally announce the..