We have discovered such a large-scale burial facility in Stara Zagora for the first time, Petar Kalchev, Director of the Regional History Museum said on the occasion of the discovery of the archaeological finding dated to the period of the ancient Roman Forum Augusta Trayana. The archaeological site was found accidentally during excavations connected with a large-scale repair of the water supply and sewerage infrastructure in the city.

The archaeological site includes a sanctuary and a tomb in which an Christian martyr is believed to have been buried. According to historians, the structure is dated to the 2nd and the 3rd century AD. The bones are to be examined by an anthropologist who is expected to find the exact number of bodies in the tomb. A piece of gold necklace, a bronze jewelry box, glassware for the preservation of fragrant liquids and a ceramic cup were found in the tomb.

There will be round-the-clock police presence at the site until the end of the excavation works. The site will be open to the residents and guests of Stara

Zagora after the research and conservation activities, Milena Zheleva, Deputy Mayor of Stara Zagora has assured. 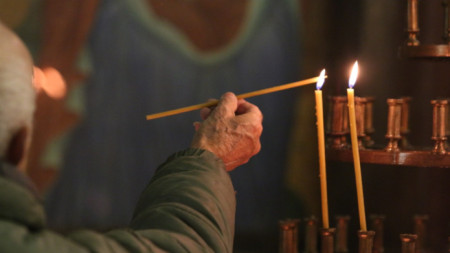 Saint Demetrius protects Bulgaria in times of trouble and hardship

St. Demetrius of Thessalonica is one of the most revered saints in Bulgaria. There are many churches in this country, built in honor of the saint who died a martyr's death in the 4th century, because of his refusal to persecute and punish the..

Artefacts from the period 7th century BC - 12th century AD, among which a rare Thracian sword, ornaments from the Thracian and Roman eras, silver and..