With snap elections in the offing, where do we go from here?

Early elections in the country are now a sure thing after the political party chosen by the president – the Bulgarian Socialist Party – handed him back the third exploratory mandate for the formation of a government unfulfilled.

“It has been called all sorts of things – technical, crisis, etc., but it turned out to be a poison apple for the political force it was given to,” political scientist Anthony Galabov says, in an interview with public service TV BNT.

There are two questions now hovering in the air: who the ministers in the caretaker cabinet will be, and what date will be set for the snap election for parliament. The answers to both are in the hands of the president.

In a short statement as the Bulgarian Socialist Party was handing him back the exploratory mandate, Rumen Radev hinted at his plans, giving the current National Assembly until the end of this week to finish off its work. This means that today is probably going to be the last workday of the 47th National Assembly which is wrapping up its work almost eight months after its first sitting on 3 December, 2021. It is also the first parliament of Bulgaria to have been dissolved after the first, in Bulgarian history, successful vote of no confidence in a government.

“No political entity can benefit from early elections at the moment, even the opposition,” sociologist Yuliy Pavlov comments in an interview with the BNR. “The big winner is the president – he is going to rule the country in the next 3–3.5 months singlehandedly. It is highly probable that, given the red lines now in place, no government configuration can be reached in the next parliament either, and that would mean he would continue to rule the country for another 3-3.5 months.”

With such a political prospect, the public has been wondering who the experts or politicians appointed to the Council of Ministers will be, whom the president will entrust with governing the country in the conditions of such severe crises. What kind of profile should the caretaker prime minister have?

“Normally it would not matter so much who the caretaker premier will be, but as things now stand, he or she will be expected to tackle a host of challenges,” political analyst Rosen Karadimov says in an interview for public service TV BNT. “That is why he should be an authority figure, a person who inspires confidence in the people of Bulgaria, frightened as they are of the war, stressed by the inflation and outraged by the energy prices.”

The current coalition – downsized to three parties, We Continue the Change, the Bulgarian Socialist Party and Democratic Bulgaria – is stepping down with no assets to their name, but with a host of liabilities, social anthropologist Haralan Alexandrov says for the BNR. “A battle is brewing for apportioning the blame, not for re-distributing the assets. One thing is certain – that each of the players is now going to accuse the rest.”

Haralan Alexandrov goes on to say that “two populist projects We Continue the Change and There Is Such a People have failed in their attempt to deal with their political opponents”, and that the conflict between the two is destructive to both.

Sociologist Parvan Simeonov is also skeptical that any of the formations could derive any benefits from the current situation and take any advantage of them:

“The country is in such a state that no one can or is willing, it seems, to assume the burden of responsibility of ruling the country during what look like a difficult autumn and winter. That is called political insufficiency and it is a very grave national diagnosis.”

The opposition is in good form, Haralan Alexandrov on his part states, and adds that he expects the formations now in opposition – GERB, the Movement for Rights and Freedoms and the nationalist Vazrazhdane – to do well in the coming snap election. That, he says, is going to alter the political situation, though GERB will not be the dominant party.

“Three times Bulgarian voters asserted their will, voting for change and against the so-called model “GERB-Movement for Rights and Freedoms”, which was connected with the country’s governance this past decade,” Parvan Simeonov says. “The mandate to rule the country was handed to different parties, making it all the more clear that what voters wanted was for the effort started in 2020 (with the anti-GERB protests – editorial note) to continue. That provided the grounds for almost incompatible entities, such as Democratic Bulgaria and the Bulgarian Socialist Party, to come together.  It seems to me that politicians are now squandering this opportunity, as the situation after the upcoming elections remains unpredictable.” 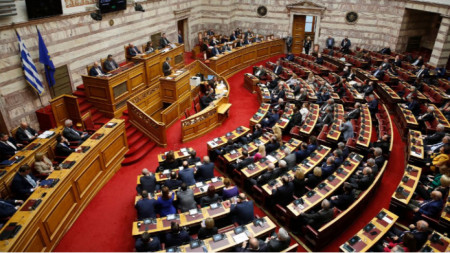 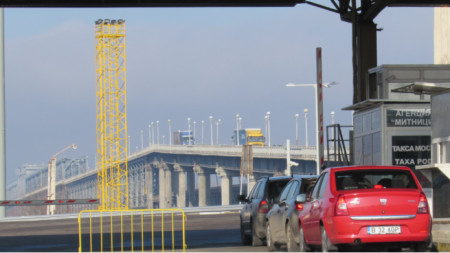