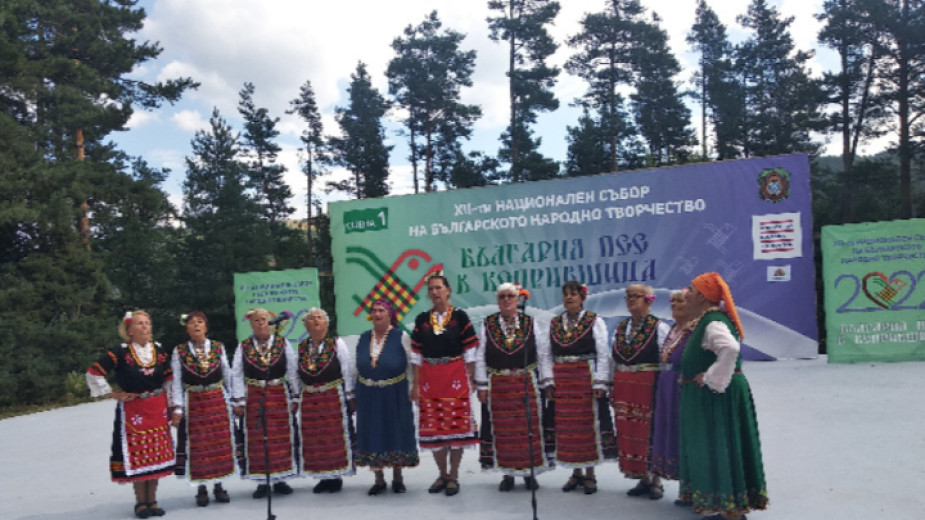 A festive concert in the Voivodenets area launched the twelfth National Folk Art Festival in Koprivshtitsa this morning. The celebration was attended by caretaker Minister of Culture prof. Velislav Minekov and his deputy prof. Borislava Taneva. Mayor of Koprivshtitsa Boyka Dyulgiarova officially opened the festival. A congratulatory address by President Rumen Radev, under whose patronage the event is held, was read out .

Prof. Velislav Minekov began his speech with a childhood memory of the Kukeri at the first festival in Koprivtsitsa. He told Radio Bulgaria that he was very anxious to be present at the opening. "This is part of our national identity and recognition of who we are - he said. - And it means that we are all here, that we are together, that we love each other, that we keep our roots and traditions - these are actually the pillars of Bulgarian culture. Last year, Boyka Dyulgyarova and I wished that our celebration would be funded and it was. So I am doubly happy about this fact."

Velislav Minekov added that he was breaking his own vow not to speak to journalists for at least a week and stressed that as caretaker minister of culture his priority would be to address the unfinished business of the previous cabinet. In his words, there are quite a few of them and two months are not enough, but he will make sure that the next minister will not be driven by his personal desires, but by compulsion to continue what has been started. "I come with good intentions," he said. During the opening ceremony about ten ensembles performed authentic folk songs, dances and customs - part of the "Living Human Treasures" included in the UNESCO List of Intangible Cultural Heritage. The competition programme lasted until the end of the day. The closing concert of the gold medal winners will take place tomorrow morning.

Text and photos by Albena Bezovska 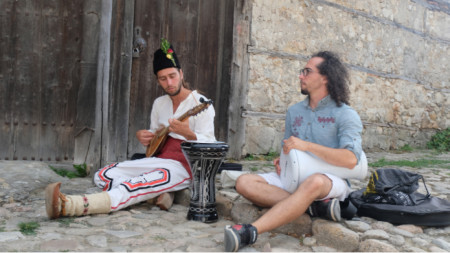