American soldiers will be deployed to Bulgaria as part of NATO's plans for deterrence and defense, the US mission in the Alliance has informed on Twitter.

The announcement came days after Gen. Daryl Williams, commanding general of United States Army Europe and Africa, paid a visit to Bulgaria. He discussed topics related to the combat group stationed on Bulgarian territory. In order to support it, 750 servicemen from the armed forces of Italy with 50 units of military equipment are expected to relocate to Bulgaria by mid-August. Bulgaria will participate with a company of 140 soldiers and 5 officers.

However, it is not clear how many of the 2,400 soldiers from the 101st Airborne Division will remain in Bulgaria as some of them will be sent to Romania, Slovakia and Hungary.

Bulgaria‘ s President Rumen Radev and his Serbian counterpart  Aleksandar Vucic are taking part at the inaugural ceremon y  for the construction of the Bulgaria-Serbia Gas Interconnection  (I BS) on Bulgarian territory. The interconnector.. 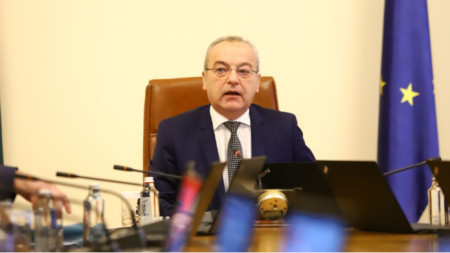 "The state is not for private use. It belongs to the people. In all our actions we were guided by the Constitution, the laws and the interests of the Bulgarian citizens" , said caretaker Premier Galab Donev at the last cabinet meeting, after which..

In recent years, there has been a certain retreat when it comes to countering malicious Russian influence, Prosecutor General Ivan Geshev said at an international discussion in the US Congress in Washington, dedicated to the..