Will there be an end to the political crisis? Bulgaria's centre-right GERB party widened its lead over its main rival, the reformist We Continue the Change (PP) a month ahead of the country's fourth parliamentary election in less than two years, an opinion poll showed on Thursday.

But none of seven parties seen securing seats in the new parliament is expected to win a majority, raising the prospect of protracted coalition talks in the European Union member state after the Oct. 2 election.

GERB's party of former prime minister Boyko Borissov, whose more than a decade in power ended in 2021 amid anger against high-level graft, expanded its support to 24.4% from 23.6% in July, the Aug. 15-22 opinion poll of 1,007 respondents showed.

Another election campaign begins in Bulgaria

Will there be a solution to the political crisis?

For the fourth time in less than a year and a half, Bulgarians will go to the polls in a bid to elect a parliament capable of forming a stable government. And although this is just the beginning of the campaign for the early elections on 2 October, analysts are already predicting that there will be another election.

In fact, the campaign started with the fall of Kiril Petkov's cabinet in late July and the appointment of a caretaker government by President Rumen Radev. In the last National Assembly the seats were distributed among 7 parties. Now the 240 seats will be contested by candidates of 22 parties and 6 coalitions, and forecasts suggest that the next parliament will also be fragmented, with at least six parties having a chance to pass the 4% barrier.

It seems that none of the political formations harbours illusions that they will be able to win a majority, which leads to the assumption that it is not important who will be first, but who will be able to form a majority and a government. The more political parties enter the National Assembly, the more difficult it will be to achieve a parliamentary majority. In this situation, it is logical to believe that the electoral platforms of the participants will play an important role in the campaign before the vote.

"The current situation in Bulgaria suggests that electoral programmes will play an even smaller role than in the previous elections. Quite understandably. Turnout is expected to be even lower than the record low turnout in the last parliamentary elections (40.5%). This means that the die-hard supporters of certain parties and the last-minute voters will turn out to cast their ballots. Meaning that people will vote in some very simplistic 'for' and 'against' patterns. Election programmes, regardless of what they say and whether there are important and practical ideas in them, will not play a big role," said political scientist Associate Professor Ivo Indzhov, professor of public communications at the University of Veliko Tarnovo. In his words, the election platforms will only matter when the parties sit down at the negotiating table to form a government. "If a government is formed at all, it will take into account the common priorities of the parties in it. But the likelihood of forming a government after October 2 is small, and if one is formed, it will not have a very long time to implement the election programmes."

If citizens cease to participate in the political process and voter turnout drops to 20 percent, which is quite foreseeable, then a change in the constitution and the way the country is governed will become imperative, political analyst Toncho Kraevski told BNR-Vidin. In his words, however, the parliamentary system is good for Bulgaria because "it allows all social groups to be sufficiently represented to avoid political violence. I am not convinced that if Bulgaria had a presidential system, this would be the case. Bulgaria has a long tradition of one-man regimes", Kraevski notes: "Bulgaria is essentially a semi-presidential republic because it has a president directly elected by the people who exercises a number of executive powers, the so-called shared competences with the Council of Ministers, i.e. in this respect it resembles the republic in France, with the difference that the head of state in Bulgaria under normal circumstances has significantly less political power. The republic in Bulgaria is dynamic; in peacetime, in a normal situation, it is parliamentary. Then the President takes the salute on National Liberation Day on 3 March and makes a speech on New Year's Eve. But when a parliamentary government cannot be formed in the first and second terms, with the third term the President has the opportunity to appoint a parliamentary group of his choice and to some extent to coordinate, if he is able to do so, to be the architect of a coalition. This is a clear example of how, when parliament proves counterproductive, then the republic becomes presidential for a few months in which the Head of State appoints a government wholly subordinate to him. It seems to me that this is a cunningly and artfully made constitutional arrangement and suits the peculiarities of Bulgarian society very well."

But at the moment the Bulgarian society is struggling with rising inflation, with concerns about gas supplies and the war in Ukraine, the political formations have to make serious efforts to convince the citizens that they can lead the country through the crises. With all the pressing political problems, one wonders whether raising the issue of a referendum and changing the constitution is a matter of necessity or an attempt to win votes in order to reach the cherished 4% barrier to enter parliament. 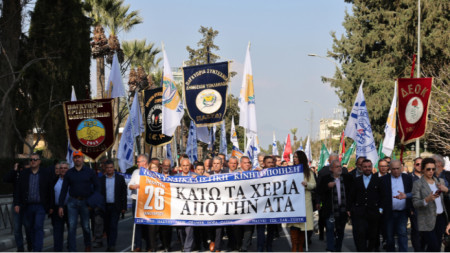 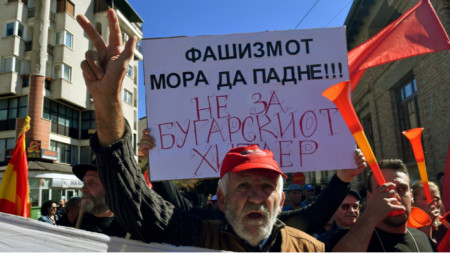