The banking system has not been directly hit by the coronavirus crisis. At the moment it is stable and there is no increase in interest rates on loans, banker Levon Hampartzoumian has told bTV.

Comparing the current financial crisis with the one that occurred ten years ago, he said that the previous one was mainly a crisis of liquidity and mistrust between banks and a lack of sufficient capital in the banks themselves.

For ten years, things have improved in such a way that the world's banking and financial systems are more resilient to shocks, even some unpredictable shocks. These days in Bulgaria and around the world banks are in much better health condition in comparison to the previous crisis, Mr. Hampartzoumian added.

He also said that banks are the safest place to keep money. According to Hampartzoumian, the proof of this was that bank savings of Bulgarians have already reached 57 billion dollars. Sofia's Alexandrovska hospital runs out of beds for Covid-19 patients Nights clubs in Sofia to be closed for two weeks Foreigners in Bulgaria – what to do when you experience symptoms similar to Covid-19? Hospitals to stop routine admission in more than 120 cases of Covid-19 per 100,000 population Bulgaria reports 1,589 new cases of coronavirus, 594 of them are in Sofia Quarantine of contacts of coronavirus cases not canceled by negative test 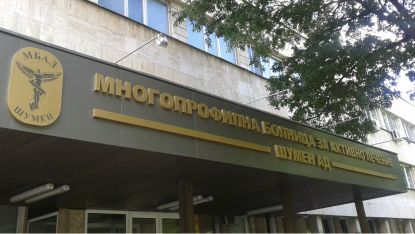