Restaurants in Bulgaria reopen on March 1, nightclubs - on April 1
"With nearly 150,000 Bulgarian citizens vaccinated so far, and with this rate of vaccination, restaurants and gambling halls will be open on March 1, while nightclubs will reopen on April 1," Prime Minister Boyko Borissov said during a regular meeting of the government. He added that the Minister of Health Kostadin Angelov will discuss the conditions for the forthcoming opening with the industry.
"In Bulgaria, with strictly observed measures, which are also the most liberal in Europe, we have achieved results that allow people to live normally," Borissov said.
Bulgaria reports 1,800 new cases of Covid-19 out of 13,026 tests performed
1,800 new cases of Covid-19 have been confirmed in Bulgaria in the past 24 hours out of 13,026 tests performed. Nearly 14% of the tests have returned positive result. The highest number of new infections was reported in Bulgaria’s capital Sofia-496, followed by Plovdiv-181 and Burgas-154.
4,037 patients are in hospital, including 349 in intensive care units.
45 patients have died and 471 people have recovered in the past 24 hours.
17,163 vaccines against Covid-19 have been administered in the past 24 hours, bringing the total number of inoculations in this country to 148,266. 29,677 people have already received their second dose of Covid-19 vaccine. 352 vaccination offices have been opened in Bulgaria.
Domestic and foreign tourism in Bulgaria resumes operation
Organized tourist trips in the country will be possible on March 1 and from April 1 organized tourism abroad will be allowed, BTA has reported. This was what Minister of Health Kostadin Angelov announced at a meeting with branch organizations. By the beginning of the summer season, a mass vaccination of those employed in the tourism sector will be carried out, the minister said.
Restaurants will reopen on March 1 with a capacity of 50%, with up to 6 people at a table and working time until 11 pm, Minister of Tourism Mariana Nikolova said after the meeting. Restrictions on working hours will be lifted on April 1, Richard Alibegov chairman of the Bulgarian Association of Catering Establishments said. From March 1, congress events will be restored at 30 percent occupancy.
Certificate issued after second dose of vaccine against Covid-19
Citizens can receive a certificate of immunization against Covid-19 only after receiving a second dose of the vaccine. This is what the Ministry of Health said in relation to numerous inquiries.
Citizens without an electronic signature can request their certificate from their general practitioner or from the vaccination point. Anyone who has an electronic signature issued in their name can print their certificate after entering their electronic profile.
The ministry points out that the vaccination certificate does not have a signature and seal, as it is generated automatically to avoid abuse. It meets the requirements of the EU Member States and is upgraded with a QR code, allowing access from anywhere in the world.
70% of the employees working from home reluctant to return to the office
We are about to hold a serious discussion regarding the return of people to their regular workplace. People will find it difficult to readapt to the traditional working environment, as it was difficult for them to shift to remote work, because they have built new habits, said for BTA the National Secretary of the Confederation of Independent Trade Unions in Bulgaria and expert in labor law Todor Kapitanov.
According to a survey conducted by Eurofound, the share of employees working from home is 30%, whereas in 2017 only 3.5% of them worked from home. The coronavirus pandemic has accelerated the processes witnessed in the past 10 years, Todor Kapitanov went on to say.
Various surveys indicate that 70% of the employees are reluctant to return to the office. It is not clear yet whether this is due to fear of Covid-19 infection, or new habits, commented Todor Kapitanov.
Compiled by Darina Grigorova

You can find all stories and important publications related to Covid-19 in Bulgaria at our special coverage section in English. Rise in coronavirus deaths marked in past day After first dose of AstraZeneca, a second one of Pfizer could be administered 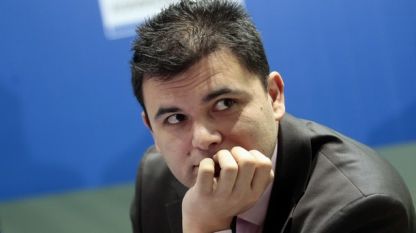