Снимка: Veneta Nikolova
Hundreds of kilometers of marked routes, dozens of chalets and shelters dotting the hardest to access nooks of Bulgarian nature, and all this amid the incredibly beautiful scenery of pristine Bulgarian nature! The Central Balkan Range Nature Park in the heart of the Balkan Range is a veritable gold mine for anybody with an adventurous spirit motivated to walk for hours in a bid to reach an unexpected waterfall, a habitat of eagles or the frightening dark mouth of an underground cave. In fact the Central Balkan Range Nature Park is one of Bulgaria’s best preserved and most vigilantly protected territories. It is not accidental that in 2003 the nature park became part of the European environmental network PAN Parks that preserves the best from wild nature in the expanse between the Atlantic and the Mediterranean Sea. The criteria for accession to the network are very strict. The key requirement has to do with well-preserved natural wealth, and in this respect the Central Balkan Range Nature Park is a treasure. Walking by its crags one can still come across a bear, a wolf, a wild cat or other rare species that have been extinct for quite some time in West Europe. The diversity of bird species here is amazing and goes across a range of 130 rare of endangered species having their habitats in the park’s hospitable beech forests. In this context it sounds absurd that few people in Bulgaria are aware of the priceless wealth of this part of the Balkan Range. The park offers good oportunities for sports and extreme tourism

More from Diana Terzieva, from the National Park Directorate:
“What actually helped most in protecting nature here was the hard access to it. Had there been roads and easy access to those places with quite diverse lay, this rare wealth could have hardly survived the invasion of mass tourism. The terrain is a challenge – one has to try very hard to conquer the Balkan Range. However, the majestic mountain is also able to offer great nature gifts to anybody who has walked 4 hours to reach a destination in the park. Our policy here is not to turn the protected territory into an exclusion zone. We also work to offer conveniences to tourists. So, they are welcome provided they have respect for nature and observe the rules.” A grid of paths discloses the abundant biodiversity of the park

Part of the Central Balkan Range National Park is an 80-km section of the cross-border E3 trail that trekking lovers across Europe know quite well. The route meanders along the Balkan Range ridge, leaves the boundaries of the park and reaches the Black Sea Cape Emine, the easternmost point of the Balkan Range. To trekking fans the park offers a dense network of chalets and marked trails. “We maintain some 430 km of trails and 47 routes that take tourists to various nature sites”, Diana Terzieva says. There are a few thematic routes as well. By taking them tourists have the opportunity to learn more about certain plant species, reach a site with a natural phenomenon or a worthy vantage point. Thematic trails are dotted with information boards, bridges, steps, shelters etc. Waterfalls are among the Central Balkan Range Park’s key attractions. “The park has high waterfalls”, Diana Terzieva explains. “The highest waterfall in the Balkans is found here, Raiskoto Praskalo with a height of 124.5 m. Bavskoto Praskalo is not that high, just 54 m, but the trail takes tourists to a breathtaking place – the point where the waterfall emerges – the view there is magic. One very popular eco-trail is Byala Reka near the town of Kalofer that reaches a few magnificent canyons. The eco-trail to Vidimsko Praskalo waterfall near the town of Apriltsi is also very popular. The water cascade is 80 m high and goes down a vertical 500 m long stone wall.”

The directorate of the Central Balkan Range Park is engaged in the EU project for the creation of an online map with GPS whereabouts of respective routes and sites in the park. In this way visitors will be able to get proper orientation in the thick puzzle of marked trails and dozens of nature phenomena hidden in the deepest folds of the Balkan Range. 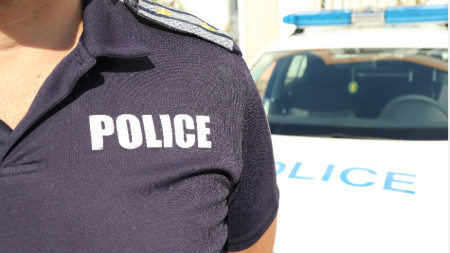 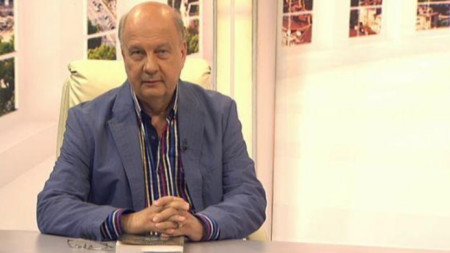 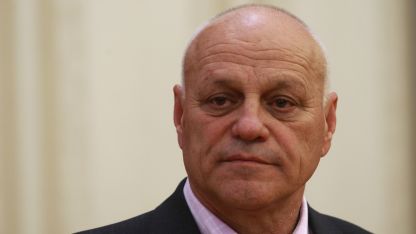