Julia Kristeva: Europe is undergoing a crisis and reappraisal of democratic values By a lucky coincidence, two of the foremost names in the French intellectual elite Julia Kristeva and Tsvetan Todorov will pay visits to Bulgaria this week. Independently of each other, the two philosophers of Bulgarian origin will take part in forums dedicated to the present and future of Europe. Prominent linguist, philosopher, feminist and psychoanalyst Julia Kristeva will also tour the places connected with her childhood and meet friends from school and university. She will be accompanied by Harvard University Prof. Alice Jardine who is working on her biography. “I decided to do this because it may be my last visit here before I reach a very advanced age,” Julia Kristeva said.

The crisis Europe is going through is putting current democratic values through a process of reappraisal, Prof. Kristeva says. The lecture she will have at the St. Kliment Ohridrki University, Sofia, where she studied almost 50 years ago, will be in Bulgarian. But in the ensuing academic discussion she will answer questions in French, in the use of which she feels more comfortable. French is the language she chose for her interview for Radio Bulgaria. “My brain is amphibian,” she likes to say, “half is Bulgarian, half French.”

Which are the European issues you are particularly sensitive to today?

“I am especially sensitive to the current crisis in Europe, which is more than a crisis; it is an ongoing process of questioning everything, of reappraising our current democratic values. As intellectuals we are able to find if not a permanent solution, then at least a temporary and pragmatic way out. One of the things my lecture centres on is rebellion. Is it possible to rebel nowadays, what does rebelling mean and how can one reach out beyond the boundaries of those forms of enthusiasm, inspired by the true values that now lie in ruins, crossing over to totalitarianism. And my answer is that the best form of rebellion is to question our own values, to refresh our own ideals, to have regard for each individual with his or her creative and personal potential, to reappraise humanism and hence the importance of the humanities, including psychoanalysis. Finally, I shall talk about the burning issue of the day – the “new foreigners” as I call them, the people who feel excluded from the democratic system, from globalization and especially young people from the slums, the people who turn jihadist.”

The idea of rebellion is certain to elicit a response from the Bulgarian public, because we have been through “winters” and “summers” of discontent; throughout 2013 people were out in the streets protesting, without achieving any significant result:

“Unfortunately, or maybe fortunately, I am no longer familiar with Bulgarian realities. But my heart always misses a beat when I hear Bulgaria mentioned. I know of these events, though in no great detail. And I feel at one with the culture of the countries of Eastern Europe, heirs to Orthodoxy and communism, which is a rebellious kind of culture. But this revolt is very different to the Latin word “révolte” as we in the West understand it, it means taking a step back, breaking with the past and the unfolding of new prospects. Rebellion means reaching the outer bounds of forbearance, a full rejection of the rules, a desire to make a clean break with the past without presenting any new project. How can things be manageable when any form of management is being rejected? And we are not talking compromise here but an innovative approach, the most difficult thing of all. I have the feeling that when people are rebelling in Bulgaria, they close one chapter without opening the next.”

Talking about Europe I see a similarity of views with those of Umberto Eco who says that at the basis of the European identity and culture lies the ability to call into question our own selves. You live and work on three continents. Do you feel that that is what sets us, Europeans apart?

“I have known Umberto Eco for a long time and it is true we are on the same wavelength. But I am fighting to uphold Europe’s pride, especially now when things are not going well. Why am I proud to be European? Because I think we are the only civilization in the world, and I am being very careful with my words here, whose identity is not a cult but a reappraisal. This comes down from the ancient Greek philosophers, from the Judaic tradition, from Christianity whose heirs are the enlightened minds of Europe. We put the focus on this kind of culture, a culture in which we question, at times forgetting where its spiritual roots lie. In our day we need to turn to religious tradition and reappraise it, without diabolizing or rejecting it. I think in this Europe is ahead of its time. We are ahead of all those who never ask questions and find they are disarmed and go to extremism. They need us. I have good relations at Shanghai University where I pay frequent visits. A few years ago its director told me he wanted to set up an institute for the study of European civilization. I asked him why. “Our young people face conflicts on a personal as well as on a public plane and they do not know how to protect themselves or how to approach the person opposite them,” was the answer. “You in Europe have the kind of thinking that helps you question your own selves and live together.” A European Studies Institute has now opened in Shanghai and I am its honorary chair. The Chinese are well aware of the potential European thought has of bearing fruit.” 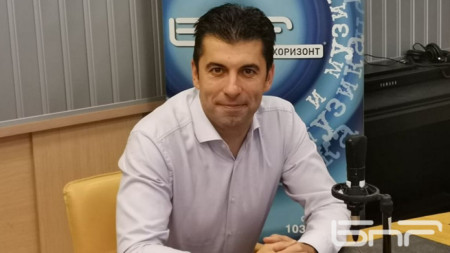