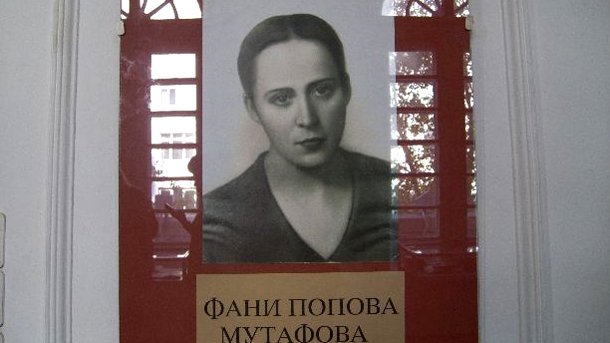 On the occasion of the writer's anniversary the National Literary Museum organized an exhibition at Sofia City Library
Photo: Архив This year we mark the 110th birth anniversary of Fanny Popova-Mutafova, an outstanding novelist and translator. She is ranked among Bulgaria’s foremost writers of historical novels. Her tetralogy Assenevtsi has been recognized as a masterpiece that takes readers to the Middle Ages and the era of the Second Bulgarian kingdom. Fanny Popova wrote books exploring a few renowned Bulgarians who lived and worked during the National Revival of the 17-18 c., such as encyclopedic scientist Dr. Peter Beron and poet of genius and revolutionary Hristo Botev. Until 9 Sept 1944 when a pro-Soviet regime was established ib Bulgaria, her books were best-sellers. In 1945 the novelist was found guilty of Great Bulgarian chauvinism by the communist People’s Court . She was rehabilitated in 1948, but faced a new investigation in 1950. The talented novelist made her comeback on the book market in 1962. “She was the daughter of the brave Bulgarian officer Dobry Popov, a hero from the legendary battle for Adrianople during the Balkan War of 1912-1913. By the way, until the age of 12 Fanny Popova-Mutafova while her father was trained at the military academy in Turin. There she became fluent in Dante’s language and later emerged as a leading translator from Italian. I should like to point to a little known fact from her creative biography. In 1962 she was virtually resurrected as novelist as co-author with the unknown Georgi Dilchevski of a small book titled Adrianople Fell dedicated to the great est moment for Bulgarians in the First Balkan War. The spirit of the time was also formative for the novelist, given that the 1930s were a time when intellectuals turned back to the national roots and identity. It is not accidental that back then Fanny Popova-Mutafova became founder and member of a science organization, Bulgarian Horde set to explore the origins of the Bulgarian nation, a very controversial and intriguing topic.”

How far does the historical truth go in the novels from the series about Assenevtsi?

"We can read them as a source of the fact of history", Katya Kouzmova-Zografova  explains. "At the same time however they also explore universal human values given that Fanny Popova is a gifted psychologist. It is not for nothing that renowned insider in Bulgarian studies Prof. Enrico Damiani once said that Fanny Popova as a woman and a mother, was a genius in the interpretation of the female psychology. Well of course, her interest in the psychology of the sovereign and statesman in the person of Tsar Ivan Assen II produced remarkable results too. I am convinced that her most moving female characters are seen in the novel The Daughter of Kaloyan, as well as in her cycle of legendary stories Great Shadows. The latter book has been republished on several occasions. Communist critics often accused Fanny Popova of exaggerating the role of tsars and leaders and playing down the importance of the crowd. This is not necessarily true because she is balanced. As to the great leaders that she successfully portrayed in her novels, we must admit that they have become the source of national pride and dignity. This was what she pursued consistently in her work. Unfortunately at a certain point she paid a very high price for what the communist regime termed “Great Bulgarian ideas”.

Historian and novelist Prof. Vera Mutafchieva also wrote about the romantic and idealistic approach of Fanny Popova-Mutafova to the Bulgarian history, about the vivid colors and fairy-tale atmosphere in her novels. Is this her brand as novelist?

“Not only Prof. Vera Mutafchieva but also Prof Ivan Duichev and Prof. Mikhail Arnaudov, prominent Bulgarian scholars, pointed to her skill of exploring scrupulously the facts of history. She studied in detail all chronicles available at that time, usinf a few languages she had good knowledge of: Latin, Old French, German and Italian. On the one hand she worked to build a solid basis of facts, on the other, she had the rare gift of the great novelist able to tell stories in a colorful and compulsive way. Fanny Popova was a true European woman educated in Turin, she later studied piano at the Munich Conservatory and was in the know of a range of leading foreign cultures and their languages. In the meantime her books reveal a brilliant Bulgaria." Documents and personal belongings of the writer

Today the National Museum of Literature owns the entire archives of Fanny Popova-Mutafova – from her earliest photos to evidence about her hardships in the aftermath of 1944 when she toured publishing houses are was constantly getting refusals for publishing her books. The very fact that her archives are with us, says Katia Kouzmova-Zografova, is rewarding. What is more, we here at the NML, love Fanny Popova-Mutafova with all her dramatic complexity – both biographical and creative. The novelist is among the heroines of my book The Many Faces of the Bulgarian Woman. What we have to do now is research the archives and trace her incomplete manuscripts. One of them is a synopsis for a largescale saga that she intended to write with the name The Great River. This was meant to be an epic starting from the time of Thracians, or the Classical Antiquity, reaching the second half of 20 c. The first book was entitled The Shire of Dionysus, and the second – the Resettlement of the Miners. The archives keep an incomplete novel by her, Elena Dragash. It is a book that the novelist worked on in the course of two decades. Elena Dragash was a Bulgarian princess and the last Byzantine empress. Researching the priceless legacy of Fany Popova-Mutafova is a way to reveal the fate of a hugely talented novelist, a remarkable writer with clear-cut historical concept and a few political slants, and then move on to sum up the drama of many Bulgarian intellectuals of the 20 c. 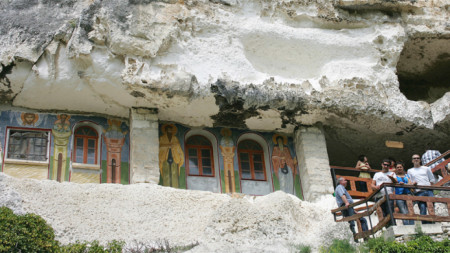 A national scientific conference dedicated to the 800 th anniversary of the Ivanovo rock-hewn monasteries is taking place in Rousse with the participation of 40 medievalists from the country and abroad. Under the aegis of the National.. 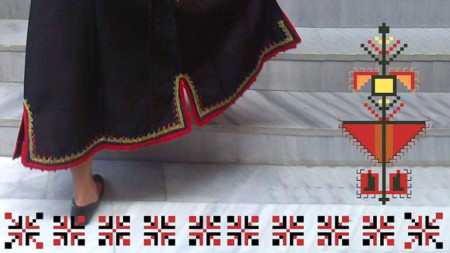 A national scientific conference dedicated to the 800 th anniversary of the Ivanovo rock-hewn monasteries is taking place in Rousse with the..

Last week, an archeological exhibition entitled "Chernomorets - Monuments of Millennial History" was opened at the St. Nicholas Museum in..