In its new show entitled Shadow of Longing and inspired by the eponymous book by poetess Silvia Stefanova, the Arabesque Dance Company brings the East and West together. The show is performed on the stage of the National Music Theatre in Sofia. The audience can see Japanese aesthetics of meditation and European music expression in the form of dance. Shadow of Longing offers a non-typical journey into the world of ancient Japanese tanka poetry that is transformed into music, poetry and dance. Three one-act miniatures follow one after the other turning the structure of the show into a relay, in which a miniature’s end becomes gives room for the beginning of another. The first work is Anthony Middleton’s Drop in the Ocean with music by Dobrinka Tabakova.

The other two works are searching for the relationship between the world view of immortal Japanese poets and contemporary Bulgarian artists seen through the prism of love. The second miniature "Whisper" is by choreographer Anna Doneva and music by Dmitri Shostakovich. The highly dynamic dance language used evokes the images of hieroglyphs. The third one-act work "The Pleasure of Doing Nothing" is with music by Telemann and choreography by Boryana Sechanova. The live improvisations of Quartet Sofia violist Valentin Gerov whom viewers see on stage create impressive atmosphere. Kimonos, Japanese sonority, nuances, contemporary ways of expression, inspiration and passion are the codes in the work of the dancers from "Arabesque." This way the mystery of eternal art and undying love in the "Shadow of Longing" starts living on stage.

The Arabesque Ballet Dance Company was established back in 1967 and it is the only truly renowned dance company in Bulgaria for modern productions, based on unconventional trends in contemporary dance. Since 2000, head of the company has been choreographer Boryana Sechanova.
The open stage method allows choreographers from Bulgaria and around the world to realize performances, varying in style and dance techniques.

"The difference in this performance is that Shadow of Longing is a book by poetess Sylvia Stefanova, written as a response to Japanese classic five-line "tanka" poems that emerged thousands of years ago. This is now all interpreted through dance. Japanese five-line poems have a characteristic form that is called "renga" - every author can use the end of a previous poem and continue on. That is how dance used these magnificent poems and moved forward. One of the topics on which we focused our attention was the East – West theme.“

More about the upcoming performances from Ms. Sechanova:

"Usually around New Year’s time we invite the youngest viewers together with their parents to see ‘The Nutcracker’, which was especially created for children and parents. There is nothing better than a parent taking their child to a ballet performance, as the child asks questions and this way better family relationships are built. We also have a very ambitious program to mark the 50th anniversary of Arabesque. Our ambition is that at the beginning of season 2017/2018 we should make a thorough retrospection of what is happening in the company, as well as of our latest performances. Our Christmas shows will be on December 22, 27 and December 28.” 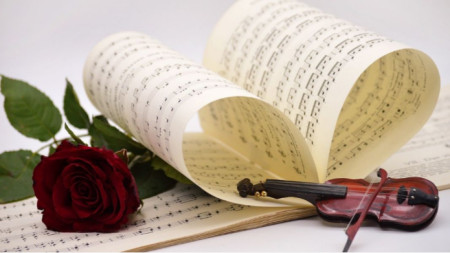