The event kickstarted in Brussels with Bulgaria being represented by Plamen Dimitrov, President of the Confederation of Independent Trade Unions in Bulgaria (CITUB). The campaign aims to unite demands by the trade unions throughout Europe for a rise in salaries. According to data provided by Plamen Dimitrov, the minimum monthly salary in Bulgaria of 235 euro is the lowest in the EU. Bulgaria’s President Rumen Radev has begun consultations with the political forces represented at the 47 th National Assembly on the formation of a future government. This country’s head of state has met with representatives of “We Continue the.. Whatever the vaccination status of the arrival, England is mandating coronavirus PCR or LFD COVID-19 testing for entry into the country, the Bulgarian Ministry of foreign Affairs has announced. The new restrictions are being put in place.. 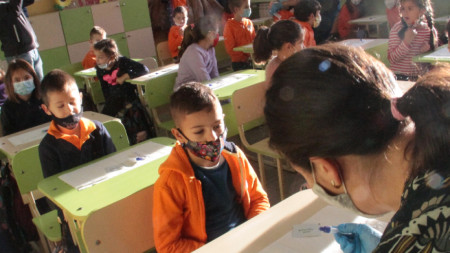 As of today, 6 December, more than 96,000 1 st to 12 th grade students in Sofia have returned to in-person school attendance. According to data of the Ministry of Education they comprise almost 70% of all pupils. 56,000 of them are in lower and.. Over 1.8 million people in the country are double-vaccinated

985 is the number of newly registered coronavirus cases over the past 24 hours out of 19,316 performed in the country, a positivity rate of 5.1%,..