The HEROES awards: for people who show the best of themselves 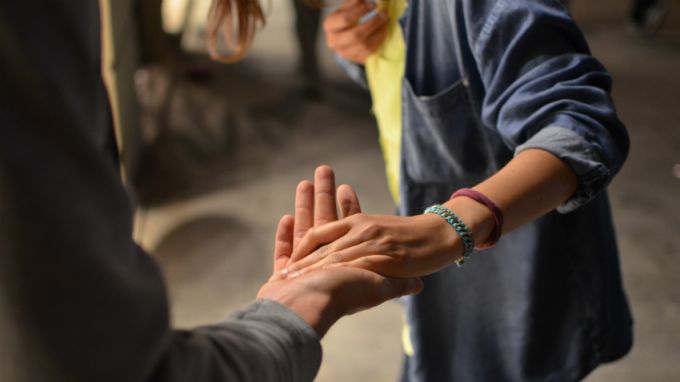 At a special ceremony on 11 May at the DNK (DNA) hall for contemporary arts, the largest online volunteer platform in Bulgaria TimeHeroes awarded the prizes to its HEROES. This was the first edition of the awards and their goal is to single out individuals and organizations with an exceptional contribution into Bulgaria’s volunteering culture. The ceremony was opened by former President Rosen Plevneliev.

Over the past five years more than 1200 initiatives have recruited volunteers via the platform TimeHeroes, and registered users exceed 35,000. Figures have made the team come to terms with the fact that good examples remain unnoticed, so they decided to set up the HEROES awards, says Pavel Kunchev, TimeHeroes CEO:

“From 4 to 23 April, the nominations were opened on the website awards.timeheroes.org where everybody was free to nominate individuals or groups in four categories. Categories are as follows: Volunteers, Organizations, Companies and Journalists. Why journalists too? We believe that their role in the social sphere is paramount as media can give good examples enough visibility. For that period we received more than 220 nominations. The largest number was in the Volunteers category – 105 in total. However, given that groups were nominated too, the number of good people is even larger.”

In the category Volunteers awards went to the volunteers from the social kitchen at St. Prophet Elijah church in Sofia, the volunteers from the national hotline for victims of violence, a group of clients of the Svetove (Worlds) Day Center, The World of Maria Foundation, and to Boris Todorov, a volunteer at the Give a Book Foundation. Other individuals and groups singled out in the same category include Tatiana Glavova, volunteer at Concordia Foundation, Yana Ovchelarova, volunteer at Re-Act Association, Milena Kirilova, volunteer at MC I Can on My Own Foundation, Veronica Malcheva and Todor Yonchev, a foster family for guide dogs at the Eyes on Four Paws Foundation, Snezhana Yovcheva, volunteer for various causes, and Tino Penchev, volunteer at Muzeiko Children’s Science Discovery Center. Awarded organizations include Caritas Sofia, Eyes on Four Paws School for guide dogs of blind people, 5km run, Give a Book Foundation, Help-Portrait Bulgaria and the National Alliance for Volunteer Action. The journalists who received prizes are Angelina Genova from dnevnik.bg and Lilyana Boyanova from bTV. Awarded companies include SAP, TELUS and 1 bike. Special prizes went to young volunteers from the Golden Heart Club at 4th School in Sofia.

The team of TimeHeroes aims to make the awards a tradition:

“Among volunteers there is a wide range of age groups – we had ten-year children from Pleven, as well as retired people, for example. This shows that volunteer action is not confined to certain age groups. This noble action is something we need any time in life. All people are in search of the good acts and need them. My impression is that volunteering has become increasingly popular recently and a solid volunteer culture has started to emerge in Bulgaria”, concludes Pavel Kunchev, TimeHeroes CEO.