The euro looms into sight: a mirage or reality

EU Vice President for the Euro and Social Dialogue Valdis Dombrovskis not only invited Bulgaria to the Eurozone "waiting room" bu also suggested help from the EC
Photo: BGNES

For quite some time the adoption of the euro has been discussed in Bulgaria. However, nothing specific has been done so far for the country’s accession to the Eurozone. Make haste slowly – this seems to be the policy of Bulgarian authorities in this regard, because more or less the country is actually in the Eurozone. This is so, because Bulgaria operates under a currency board and the local currency, the lev, is pegged to the euro. When the euro becomes dearer, the same happens to the lev and vice-versa. The euro is used for certain payments at home – for instance when buying real property. Well, Bulgaria’s is not full membership with all rights and obligations that derive from it, but this state of affairs is more than nothing. And the economy has responded positively with an annual GDP growth rate of around 4%.

This however is an interim stage and the goal is full accession to the Eurozone. In this regard there has been good news for the authorities in Sofia recently. First, European Commission Vice President for the Euro and Social Dialogue Valdis Dombrovskis when speaking about the long-expected package of measures for reforms in the Eurozone made a mention that Bulgaria is ready to join the European Exchange Rate Mechanism II, more popular as the Eurozone’s waiting room. Practice suggests that the waiting process takes 2 to 3 years. Thus Dombrovskis not only invited Bulgaria to the waiting room but also pledged assistance from the European Commission – technical, advisory and financial. The highest-ranking Bulgarian woman internationally, the Chief Executive Officer of the World Bank Kristalina Georgieva was explicit that Bulgaria will enter the waiting room next year. Further clarity on the issue was provided by EU Commissioner for the Budget Günther Oettinger who said that Bulgaria and Croatia would be the new countries to join the Eurozone. Some time ago European Commission President Jean-Claude Juncker himself said the Eurozone’s door was open to Bulgaria.

All this is quite encouraging for the Bulgarian authorities. But what do average Bulgarians think about it and how experts evaluate the possible consequences from the adoption of the euro? Bulgarian citizens are split into two halves where the euro is concerned. There is the one half that supports the adoption of the euro unconditionally and another half that is not so enthusiastic about this idea for fears of rocketing prices and for not seeing any benefits from the common currency. Prices will be up, and the experience of other Eurozone countries confirms this. There is a big difference where Bulgaria is concerned though, because 1/3rd of Bulgarians live with incomes below the poverty line of 150 euro a month and for them even a small price rise of goods and services – with a few eurocents – would be painful. Experts also point out that poverty, indebtedness and low living standards are the main hindrances to Eurozone accession and that a possible “yes” to Bulgaria will be motivated politically.

Looking back, when Bulgaria joined the European Union the political arguments prevailed over economic reality. Back then, in 2007, the economic indices in Europe were positive, and the same is true today – and this is a major prerequisite for letting Bulgaria join the Eurozone. After all, everybody looks happy. Let us recall what Bulgarian Prime Minister Boyko Borissov said on the issue: Bulgaria will not create new problems in the Eurozone, because all its macroeconomic indices are excellent. 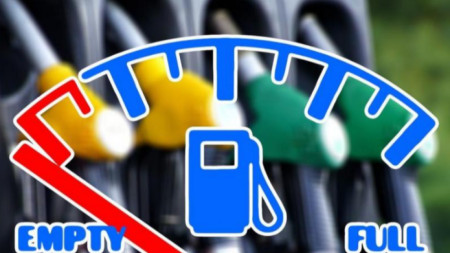