Until ten years ago or so, tourism in Bulgaria meant nothing more than going to the seaside on the Black Sea, or to the skiing resorts Bansko, Borovets or Pamporovo. Cultural and historical destinations, ecotourism or rural tourism, health-related or religious tourism were but a pipe dream. Now, we can safely say there is a veritable tourist boom, and it would not be an overstatement to say Bulgaria is on its way to becoming the new “tourist pearl” of the Balkans.

This is a tendency that is evident to see in the figures. According to Ministry of Tourism data, revenues from international tourism in this country over the January-June 2018 period are in excess of 1.3 billion euro, or a 9.7 percent year-on-year increase. Bulgaria has an enormous potential in tourism, as demonstrated by the fact that the industry forms 13 percent of the country’s GDP. The National Statistical Institute says that over the first eight months of 2018, almost 7 million tourists from abroad chose Bulgaria as a tourist destination, or an increase of 6 percent.

Bulgaria is regarded as an attractive tourist destination with good positions in a region with a well-developed tourist industry, indicate data from a sample survey conducted by Gallup International in June and July in five countries which are key to the development of tourism in this country – three major markets: Germany, Great Britain and Russia, and two neighbouring markets – Romania and Serbia. 57 percent of the respondents in the five countries give a positive answer to the question whether Bulgaria is an attractive tourist destination, and 27 percent give a negative answer, the rest find it difficult to answer. Answering the question “How would you describe your impressions of Bulgaria?”, 80 percent of the people who have been to the country give a positive answer, with tourists coming from Russia, Romania and the UK expressing the highest rate of satisfaction. As it turns out, Bulgaria is very interesting to guests coming from the neighbouring countries as well. Top of the list of countries in the number of incoming tourists over the first six months of 2018 is Romania, followed by Greece, and third out of the Balkan countries is Turkey. Before the fall of communism in 1989, there was no tourist flow between Bulgaria and Turkey to speak of. It is precisely lack of knowledge of one’s neighbour that has now triggered Turkey’s interest in Bulgaria.

The “Balkan tours”, popular in our neighbour to the south, start or end with a visit to Sofia and Plovdiv. Travel agents in Turkey also include in their package tours Veliko Turnovo, Varna, Nessebur, Bourgas. Every tourist group starting from Turkey and headed for Romania has a stopover in the Bulgarian city of Rousse on the Danube. “Bulgaria makes a strong impression with its rich history and architecture, but also with its pristine nature,” says Burhan Bilen who is a guide for tourist groups in the Balkan countries. “Sofia is an incredible city with so many green spaces, people are relaxed and polite, traffic, and most of all the respect for pedestrians, is something that really makes an impression on visitors from Turkey. In Istanbul there is so much chaos and noise. The peace and quiet here are truly captivating. Sofia really and truly is a European city, and Plovdiv well deserves to be European capital of culture in 2019. Once they get on the bus, the guests coming from Turkey often exclaim: I never imagined Bulgaria like this! They come with minimum expectations, but when they leave they are delighted and carry away with them unforgettable memories.”

Tourism has proved to be the “magic wand” that wipes out prejudice and helps neighbours get to know one another. “We are getting ready for a very good winter season,” says Yusuf Koç, owner of a travel agency specializing in trips to the Balkan countries. “Last year almost 26,000 Turkish citizens visited Bansko. This year we are expecting interest to grow. Bansko is a popular destination for all fans of winter sports with its many ski runs, excellent facilities and infrastructure, as well as its historical wealth and traditions. There are more than 400 hotels here, but it is also a living and breathing town, offering a variety of cultural, musical, sporting opportunities. At many of the popular winter resorts after 5-6 PM tourists just go back to their hotels, but in Bansko the town comes alive. Guests can go bowling, or ice skating, there are all kinds of activities for children, not to mention the taverns with traditional Bulgarian cuisine, or the night clubs. This combination of winter resort and urban environment, history and entertainment is unique to Europe. The value for money here, and the fact it is so close to Turkey and other Balkan countries makes Bansko such a popular winter holiday destination.”

It looks like Bulgaria will continue to develop as an intriguing tourist destination for our neighbours, but also for the European market. A growing number of tourists have been coming from the Far East, and other more exotic, for Bulgaria, parts of the world. 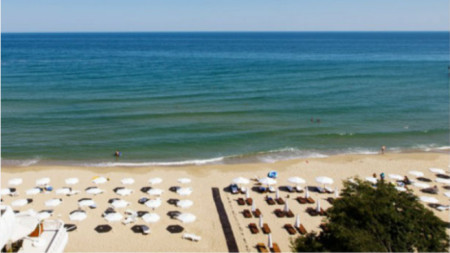 Plovdiv invites visitors to a wine and gourmet weekend

The old town of Plovdiv awaits fans of the refined taste at the 7 th consecutive festival "Wine and Gourmet", which will be held over the weekend. Winemakers and food producers will offer tasting of over 200 types of wines combined with gourmet.. 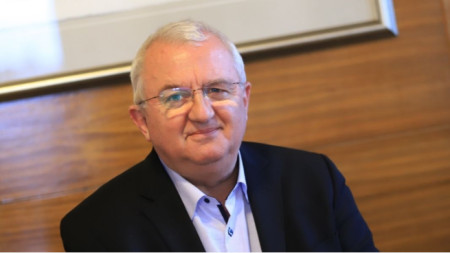 Number of tourists from Russia expected to triple

Flights from Russia to Bulgaria have not been canceled, Rumen Draganov, chairman of the Institute of Analysis and Assessments in Tourism, has told BNT. "There has been no change in expectations about the attitudes of the Russian market . We are..