In the second half of July Bulgaria’s coastal town of Sozopol will host a series of cultural, art and music events. Sozopol, which has been a favorite sea resort to many Bulgarian generations, attracts the art elite during the Apollonia Arts Festival which begins on August 29. Until, then, a series of events will draw the attention of the audience in the heat of the summer and fill the holidays with unforgettable emotions and experiences. One of these events is the 2019 International Summer Art Academy. The multi-genre program begins on July 16 and includes photography, visual arts, creative writing, opera and double-bass master classes and many more surprises.

The idea about the 2019 International Summer Art Academy was born in 2004 when Bulgarian flutist Georgi Spasov held his master class in Sozopol. The project met the approval of his fellow musicians and artists from other spheres such as theater, visual arts and literature. Over 30 people lectured at the academy over the years, including renowned jazz singer Yildiz Ibrahimova, opera diva Darina Takova, violinist Vesko Eschkenazy, film director Javor Gardev, etc. Dimitrova explains. 772 young talents from 16 countries, including Panama, Brazil, Japan, the USA and South Korea, participated at the summer academy. This year the academy envisages 9 master classes, including the one of world acclaimed French clarinetist Paul Meyer who has not held any master classes in the Balkans yet. Paul Meyer is an outstanding performer and conductor. He was awarded the highest insignia of France. Besides, a master class in Art Journalism and PR practices headed by Dr. Rayna Damyani will be held for the first time during the International Summer Art Academy. An art photography master class headed by the young and prominent visual artist Margarita Ruseva will be also held within the frames of the summer art academy. One of the most talented and respected names in contemporary graphics Dimo Kolibarov will lead a master class in visual arts. So far 48 participants voiced willingness to participate at the master classes, including citizens of Turkey, Ukraine, Japan and Italy.

The 2019 International Summer Art Academy is divided in two parts and will be held in two coastal towns. Sozopol will host the event until July 31 and between September 1 and 10 the academy continues in Burgas.

The clarinet master class will be held in Burgas, because the audience will be much bigger in this Bulgarian town. We have already booked a music hall for September 5 where Paul Meyer, Denitsa Lafchieva and Maria Printz will hold their concert, Petya Dimitrova went on to say and added that the clarinet master class will be held between September 2 and 8.  Nine people from Austria, Italy, Germany and Bulgaria will attend this master class. The concomitant programme in September includes an exhibition dedicated to the participants at the photography contest named Moment Hunters. 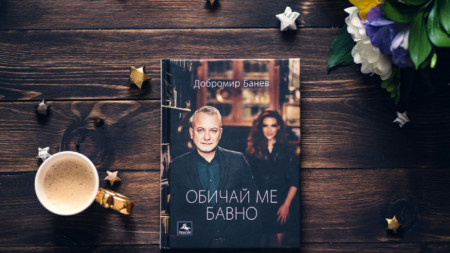 In 1995, a group of young artists declared their presence in cultural life with a manifesto in which they broke away with tradition and took the initiative of creating new Bulgarian art. They showcased their innovative ideas in two exhibitions in.. Even in times of extraordinary measures against a threat that puts people away from each other, a true creative personality would not stay home, but..