Sofia as a recognizable tourist destination 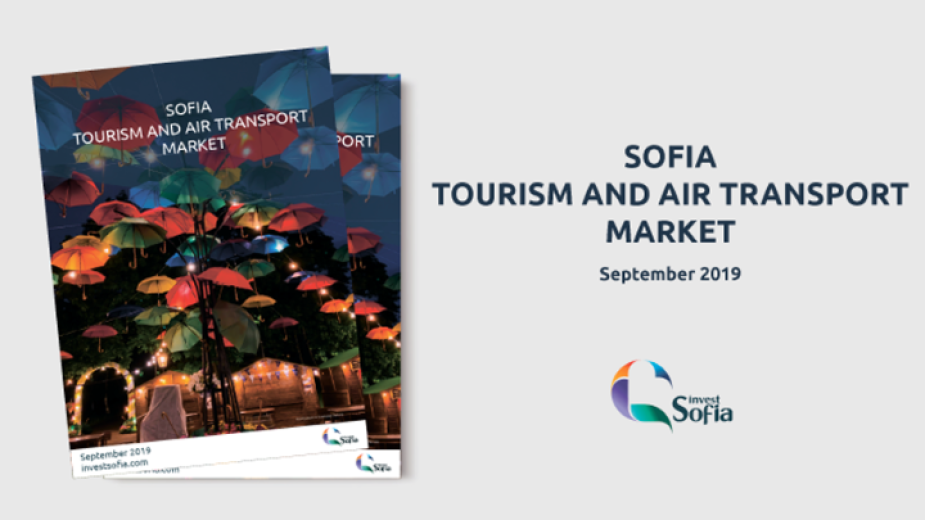 The capital of Bulgaria is becoming more and more attractive to tourists with different interests and the ambition of the local authorities is to turn the centuries-old cultural and historical heritage of the city, its diverse natural beauty and rich cultural life into a sought-after and competitive tourist product. This is shown in the report "Tourism and Air Transport in Sofia", prepared by the Sofia Municipal Privatization & Investment Agency.

“Good transport connectivity leads more tourists to the administrative center of Bulgaria,” says Vladimir Danailov, CEO of the agency. He also commented on a chart which placed Sofia in the second place in the ranking of one of the leading global payment networks.

"According to the report, Sofia is becoming an increasingly recognizable tourist destination, both among European capitals and major European cities and capitals in the region. One of the positive factors is improved connectivity – in the past four years Sofia has been connected by air with 50 new destinations around the world. Bulgaria and Sofia are considered to be some of the safest places for tourists. We have a rich cultural calendar with over 30 major international events a year. Economic development is also a factor and that is why Sofia deservedly occupies second place in the ranking of the payment network, followed by cities like Lisbon and Paris, which shows that we are doing very well. The share of holiday tourism reaches about 40%, while that of business tourism also reaches 40% and 16% goes to congress tourism."

“Tourists from Italy, Spain, Israel and the United Kingdom spend averagely the longest time in the Bulgarian capital city – 2.2 days, the report shows, with an average stay of 1.8 days per tourist in Sofia. In comparison, the average stay in the country is 3.4 days. The city administration and the tourism industry must work with the aim that tourists stay longer,” Vladimir Danailov said.

"Most of the foreign tourists to Sofia come from Italy, Germany, Israel, Greece, and Great Britain. There is also a large Italian community in Sofia, which explains the first position of the Italians,” Danailov adds. “The average income per night in 2018 was about 40 euros and the average income per tourist in the capital was about 70 Euros. The average price per night in four-star hotels is about 86 euros, and the average price in the five-star segment is 114 euros. The city is expected to have five new five-star hotels by 2021, and this will certainly cause an increase in overnight rates, which is good for local businesses. "

Interest in Sofia has also been positively influenced by the improvement of the city’s infrastructure, says Vladimir Danailov and predicts that the popularity of the Bulgarian capital city as a tourist destination will grow and in two years it will become a much more popular destination for congress tourism.